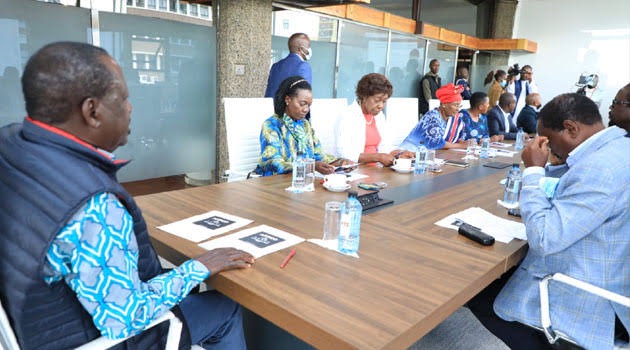 Raila Odinga, the head of the Azimio coalition party, presided over the party's council meeting at the Kenyatta International Convention Centre (KICC) in Nairobi on Friday, June 24.

The discussion focused on the coalition party's preparations for the impending general elections on August 9.

The Azimio Council decided to encourage the party's followers to engage in peaceful, respectful campaigns.

The Council underlined that the measure was intended to create a stable economic climate post-election, which is vital for a united, inclusive, equitable, and successful nation.

It indicated its approval of the party's approach to ensure that their presidential nominee receives more than 15 million votes and forms the next administration.

The chairman of the council, President Uhuru Kenyatta, and a council member, Hassan Joho, were both absent.

It was the council's second meeting since President Kenyatta presided over its inaugural meeting on April 21 at the same location.