Deputy President William Ruto has today told ODM Party Leader Hon Raila Odinga to stop disturbing President Uhuru Kenyatta, adding that the head of state is now focused on delivering the big four agenda and not involving himself in the ongoing 2022 succession politics.

According to the viral video clip shared by the star newspaper via its official Twitter account handle, the second in command has now announced that it's indeed sad that the ODM Party Leader Hon Raila Odinga and his One Kenya Alliance counterparts are now disturbing the head of state with unnecessary things. 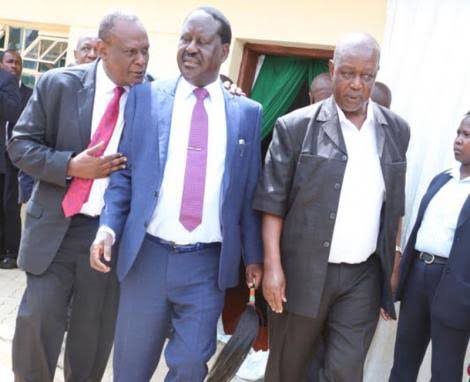 "We want to tell them without fear that President Uhuru Kenyatta has no time for you. You should stop disturbing him because, at the head of the day, it's the hustlers (and not Tycoons) who will decide on your fete," DP Ruto said.

All the same, it's now evident that the upcoming 2022 general election has continued to gain momentum with various leaders making inroads into various parts of the nation.

"Deputy President William Ruto has asked his competitors to stop disturbing President Uhuru Kenyatta and allow him to serve Kenyans. Ruto said to his opposition leaders that they will compete against him and not the President come 2022," The star reported. 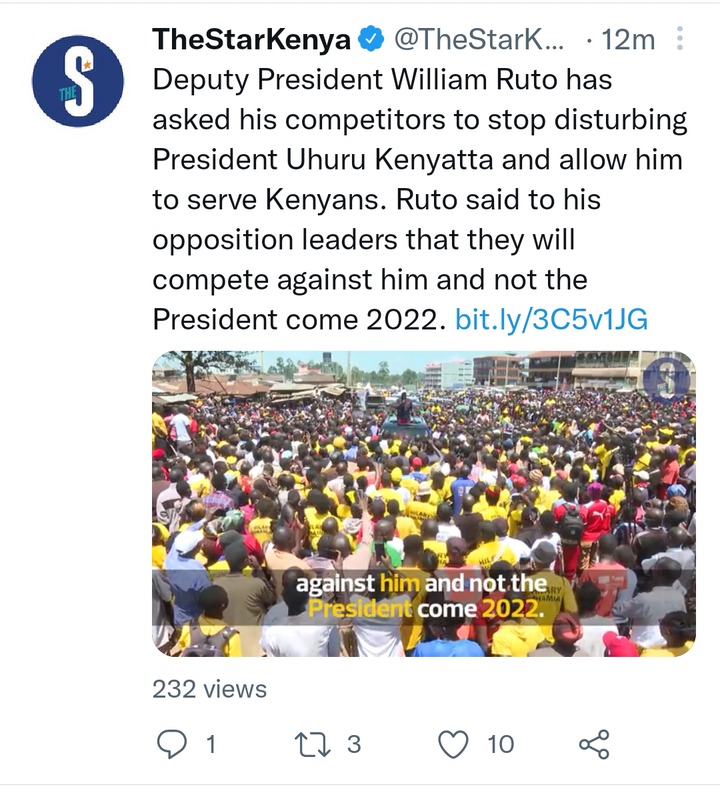