The Ethics and Anti Corruption Commission has frozen Ksh. 18 million which was allegedly found in the Bank accounts of a woman who has been identified as Tracy Njoki. 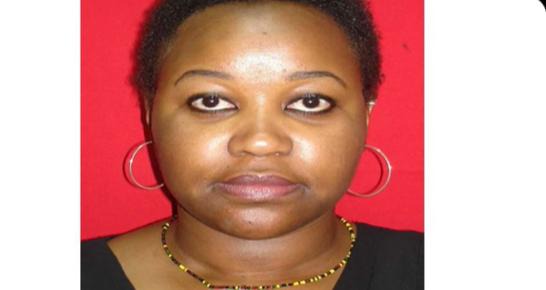 In a news report that has been shared by a reliable source of information, it has been revealed that the suspect who is currently working as Jr officer in the ministry of Treasury allegedly failed to reveal or rather explain how she managed to get this amount.

According to the reports given by a reliable source of information, it has been revealed that the suspect who is currently being questioned by the Ethics and Anti Corruption Commission agents made this money in 2 years despite the fact that she allegedly earns Ksh. 50k a month.

This is happening at the same time when the former prime Minister of Kenya and Orange Democratic Movement party leader, honorable Raila Odinga has called upon kenyans to elect him claiming that he was going to make sure he fights corruption in the country adding that this is Kenyas main problem.

While reacting to this incident, kenyans who took to their different social media accounts to express their opinions and suggestions on the matter have called upon the EACC to investigate renowned politicians in the country.

According to the reports given by most Kenyans, they claimed that it was so unfortunate that the Ethics and Anti Corruption Commission is currently going After young or rather minor suspects despite the fact that there are rogue corrupt politicians. 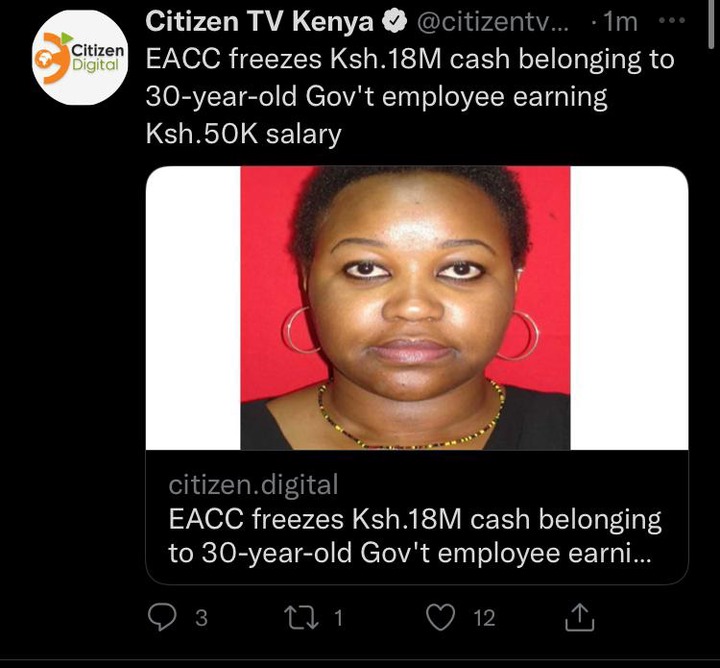 10 Counties That Overwhelmingly Voted for the Deputy President

"Office Of The President Must Allow IEBC to Do Their Work" Popular Lawyer Says Amid Standstill.