As he prepares for his presidential bid next year, Deputy President William Ruto has finally hinted at who he would choose as his running mate.

Ruto remained mum on who he would choose as his deputy until Saturday when he offered Mathira MP Rigathi Gachagua. 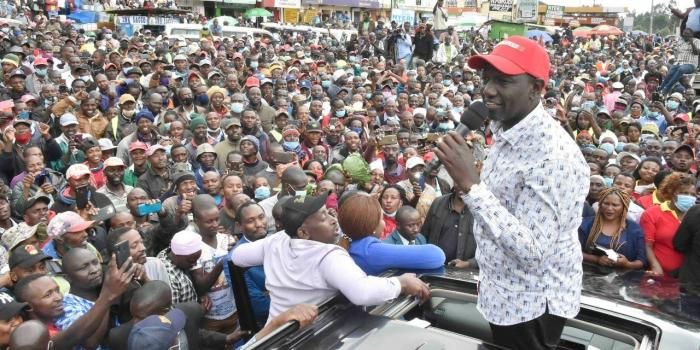 He revealed the information on a tour of Nyeri, where the MP is from, in which he asked citizens to support him in his bid for the president.

The DP also requested Mathira people to reassure him that the Mathira seat would be safe given that Gachagua would no longer be around to advise them on voting procedures.

He made the remark in the presence of Gachagua, who once again promoted him to the top seat while slamming his opponents. Gachagua further stated that any presidential candidate can campaign in Mt Kenya, despite the fact that the region has already chosen Ruto.

This, he claims, is why Raila Odinga, Ruto's major opponent, was recently enthusiastically greeted in the region, despite his assertion that he will not win the election.

"There were people who thought Ruto couldn't arrive, yet he did. We are a very hospitable group of folks. Raila was just here the other day, and we had a great time "he stated

Ruto expressed confidence in his ability to defeat Raila, claiming that he had learned the skill after assisting President Uhuru Kenyatta in defeating him in 2013 and 2017.