Ford Kenya Bungoma gubernatorial candidate Kenneth Lusaka was told what Senator Moses Wetangula badmouthed about him during his (Lusaka) tenure as Bungoma governor between 2013 to 2017.

"Let me tell Lusaka, you should accept the fact that Raila Odinga is the next president. And I also want to remind you that Wetangula once said you are a thief of public resources.." said Kanduyi MP. 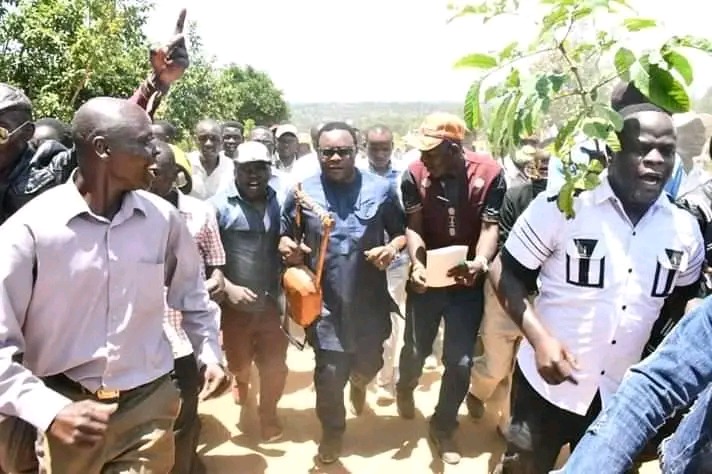 Wangamati on the other hand ditched Ford Kenya to join Wafula Wamunyinyi's DAP-K where he seeks to defend the seat in next election.

Democratic Action Party - Kenya is a constituent party in Azimio - One Kenya and averred to campaign against Kenya Kwanza Alliance in favour of Raila Odinga Mulembe nation.

Bitter Reactions as Raila Endorse his Brother Oburu in Siaya