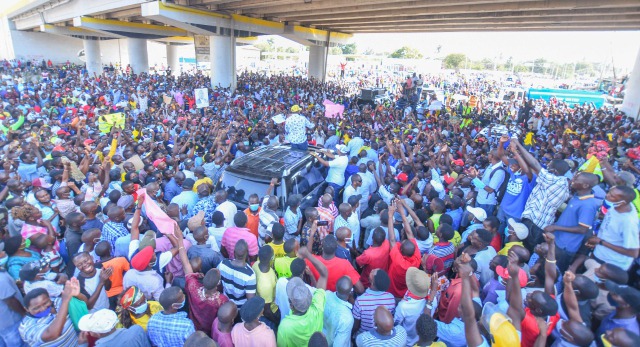 The general elections is getting nearer and everyone is doing the best to secure the presidential spot. Hon. Deputy president William Samoei Ruto and the former Prime Minister Raila Amollo Odinga stand a better chance to take the office after 2022 when Hon. Uhuru Kenyatta will be retiring to go home after serving the country for two terms.

The Mt. Kenya tycoons hinted about supporting the ODM leader Hon. Raila Amollo Odinga and it seems that there are higher chances that in 2022 the people from Mt. Kenya might support him. Ruto has also been touring in different parts of the country to secure more votes under his own support.

After all only one person can win the Presidency and Ruto will greatly regret if he fails to secure the spot. We all know what Raila Amollo Odinga proposed in the Building Bridges Initiative [BBI] constitutional amendment bill. There was addition of other top seats like those of Prime Minister and other seats that was aimed at giving the team which will emerge as second or runners up after the general elections.

This was aimed to calm down after election unrests that is witnessed after every general elections. The deputy president William Samoei Ruto went ahead to challenge it through the court of law and it was stopped. Even after the appeal Ruto still went ahead to stop it. Ruto might regret due to this incase he don't win elections because there will be no constitutional approved position to put him in the government.

He might just be an opposition leader which his supporters won't be happy about it. This seems to be the greatest mistake that Ruto did. He wouldn't have stopped the Building Bridges Initiative bill because it was to benefit anyone that loses an election because winning ain't promised.