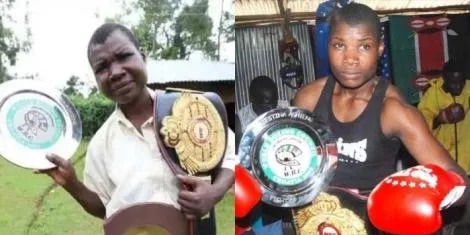 The former county boss, through his official social media accounts on Saturday, July 2, revealed that Otieno sent a message indicating that his mother's condition was getting worse and needed urgent medical attention.

"Lately, there is a photo of her current condition that has been trending on social media that is so disturbing. Conje is at her worst now and you are the only person I could think of.

"I request if you can give any kind of support. We wish to take her back to rehab again so she can regain her shape," Otieno's message to Sonko reads.

Sonko, who is gunning to succeed Hassan Ali Joho as the governor of Mombasa, disclosed that the distressed Conjestina family is now contemplating taking her for supplication prayers.

The former Nairobi Senator has, however, vowed to continue supporting the former boxing champion.

"However despite my busy court schedule and tribulations, I have decided to continue helping her. I am just now dispatching a car with my team to Siaya to facilitate her movement and I'm also humbly appealing," Sonko stated.

He has also asked other well-wishers to help Conjestina's family financially.

She took to the ring in 2000 after growing through the youth soccer ranks in Nairobi's Makongeni Estate, inspired by her elder brother who was a member of the national boxing team.

After winning and competing in a number of tournaments, Conjestina became ill. She was later forced to move back to their rural home in Siaya.

She was diagnosed with Schizo-affective disorder also known as paranoid schizophrenia which is a mental disorder that forced her to pull off her gloves before full time.

Her son, who is also a budding boxer, has also been compelled to shelve his ambitions to take care of the former boxing champion who is struggling mentally.

RIP: Lady Dies In Swimming Pool While Live On Facebook