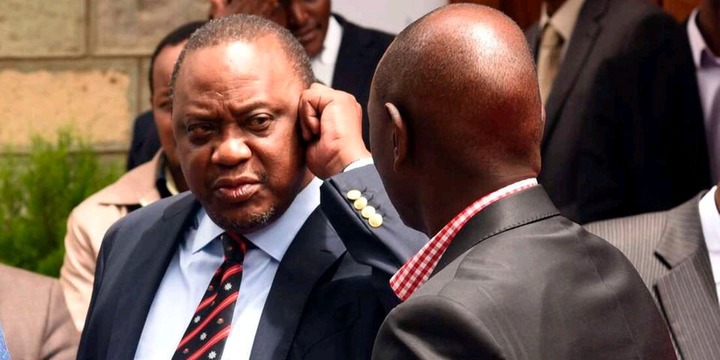 A privately recorded video shows that Deputy President William Ruto and President Uhuru Kenyatta had a heated argument that almost turned into a fight in the hours after they were told they had lost the 2017 election they had won.

On the recording, Deputy President William Ruto can be heard talking to elders from the Kikuyu tribe during a meeting at his official residence in Nairobi on Friday. This shows how tense the hours after the Supreme Court's historic decision were.

But Kung'u Muigai says that the disagreements between the DP and President Uhuru Kenyatta at the time, which almost turned violent, didn't amount to much and that both leaders were unhappy.

He said that he was there when DP Ruto and President Uhuru got angry with each other.

"I was there when this was talked about.Uhuru was so angry and down that he thought about not running in the rerun race. It was a regular fight, "he said.

"Ruto was the one who told him not to step down as president. Ruto told Uhuru that he can't just leave like they have lost, like they are done. I am close to both of them and was there when this happened ,"Kung'u Muigai remarked.