Peter Kenneth, Sabina Chege Make It To the Top of Nomination List For Raila's Deputy 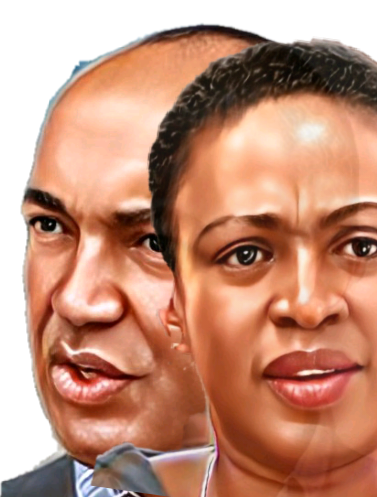 Not surprisingly Peter Kenneth has been nominated alongside Murang'a Woman Representative Sabina Chege.

Peter Kenneth is an accomplished business executive with an illustrious record in Banking and Insurance. In 2002 he made his first foray into politics and was elected Member of Parliament for Gatanga Constituency where he served for two terms.

One of the legacies PK, as he is fondly known among his wide circle of friends, left in Gatanga was the best utilization record for CDF funds. Peter Kenneth is also a close ally of outgoing President Uhuru Kenyatta. 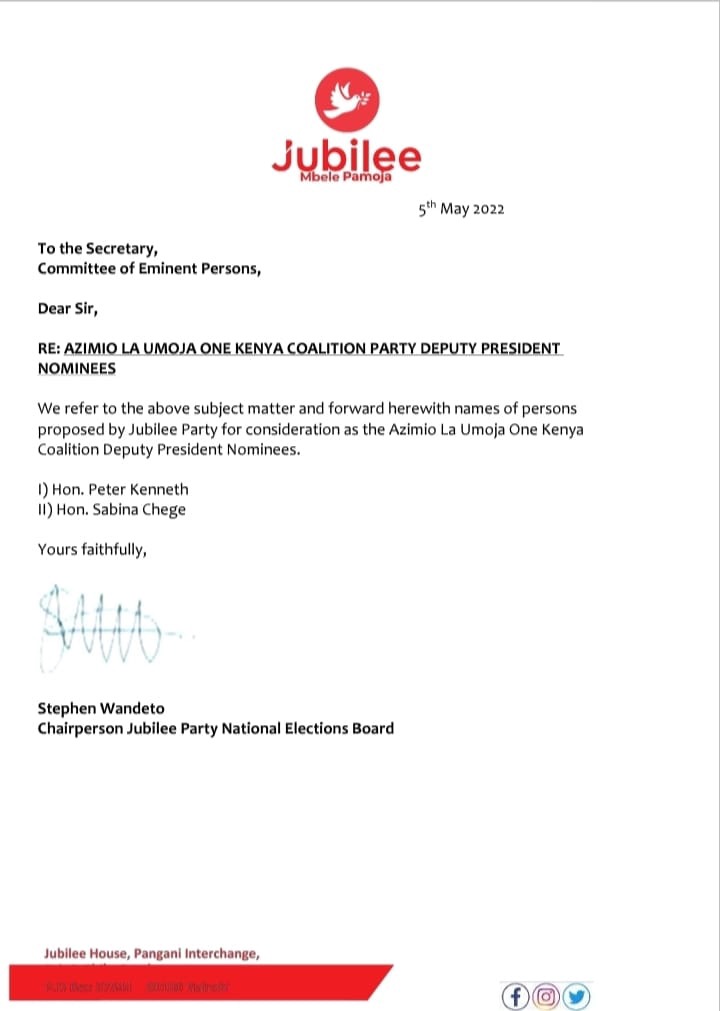 The maverick Sabina Chege has also served for two terms and lately has earned the respect of Azimio la Umoja One Kenya Coalition Party members by her steadfast loyalty to Raila Amollo Odinga.

One of the key attributes being considered in a running mate will be compatibility with the presidential candidate. Ruto's animosity toward his boss, Uhuru Kenyatta has informed this new kind of meticulous selection. 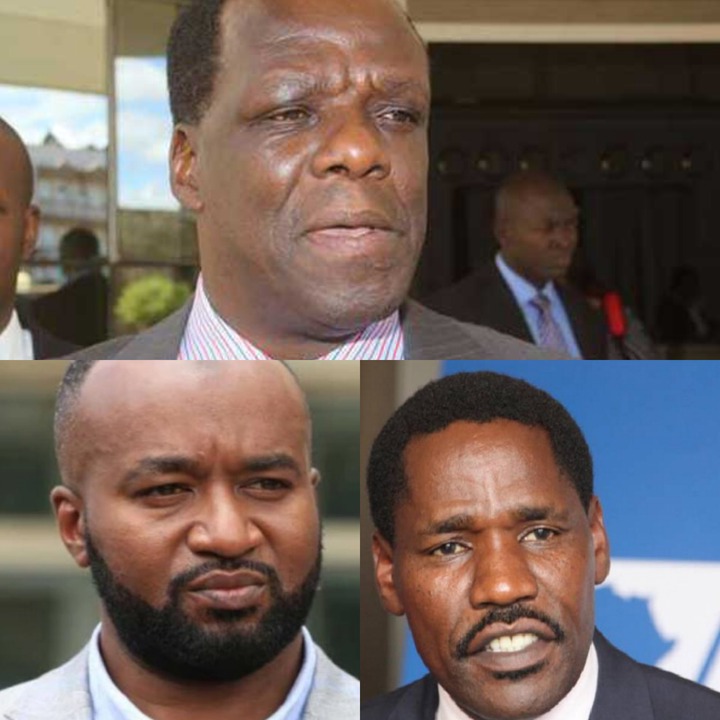 Wycliffe Oparanya (top) Hasan Joho (left) and Pete Munya have all been nominated for consideration.

A panel has been formed in the Azimio camp to interview those whose names have been presented.

One of the shortlisted candidates, Wiper's Stephen Kalonzo Musyoka has made it clear that he will not be subjected to grilling by any panel. Kalonzo was nominated by UDM, Wiper, and KANU. 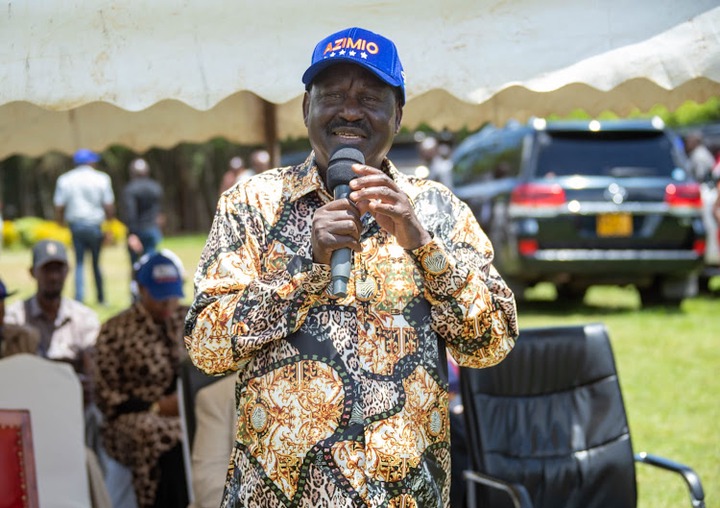 With 23 parties in the Azimio fold, Raila is spoilt for choice for a suitable deputy.

There's indeed a wide array of potential candidates to choose from in the Azimio wing, unlike in the Kenyan Kwanza camp. The entry of NARC-KENYA leader Martha Karua into the Azimio wing complicated matters for Kalonzo who has supported Raila twice in his presidential bid.

What Is Set To Happen Today On Citizen TV That Kenyans Have Been Waiting For, Details