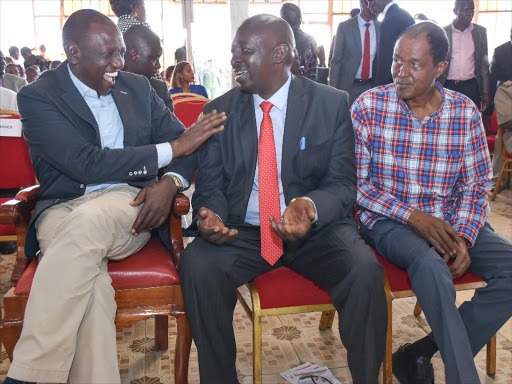 Even as speculations of a probable DP William Ruto and Musalia Mudavadi political pact ahead of 2022 general polls continue to gain momentum, one of William Ruto's allied MP has praised the ANC boss.

According to Embakasi North MP James Gakuya, Mudavadi could be one of the strongest presidential candidates in 2022, should he get the required support.

"Musalia might be seen as a weak candidate but once supported, he might become one of the strongest. Former President Mwai Kibaki was also seen as weak but once elected, he proved many wrong" he stated 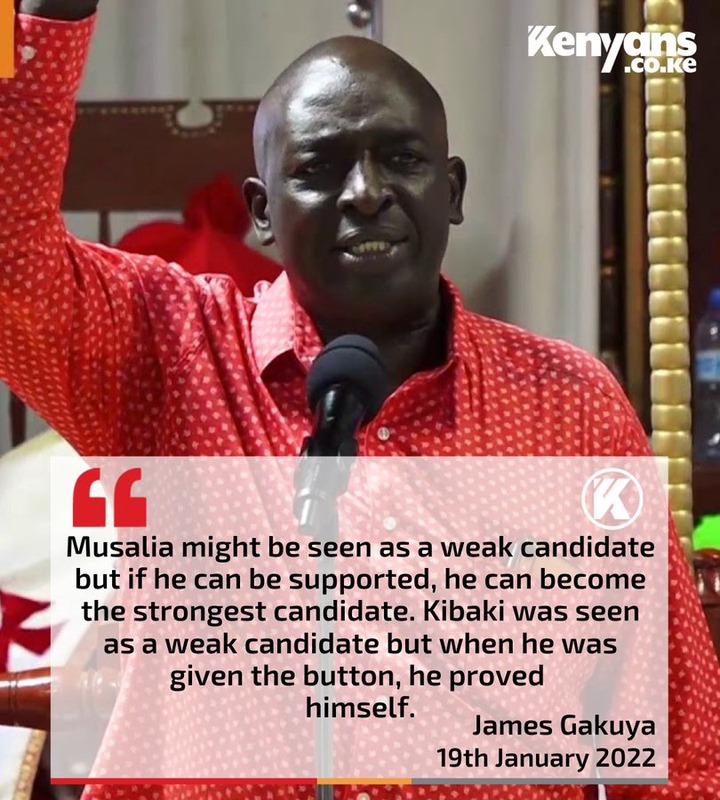 The MP's remarks left questions on whether the UDA allied legislator is planning to shift camps to Musalia's ANC party ahead of 2022 polls.

The MP has been one of William Ruto's pointmen in Nairobi county, even as the DP looks forward to wrestling the city's support away from Raila Odinga.

Mudavadi is on 30th expected to make a major announcement that he has described as an 'earthquake' setting records straight on his stand ahead of 2022.

Mudavadi Underplays The 70% Taget Set By DP Ruto, Discloses What They Will Deliver