Ruto Still Ahead In The Latest Opinion Polls 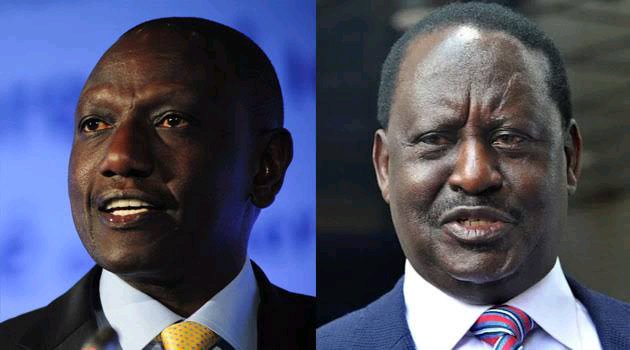 The latest opinion polls released by Mizani Africa has finally Revealed the most popular presidential candidate who would win the Elections if it was was called today.

The respondents were given a chance to give their views on all candidates vying for the presidential seat.

The majority of them preferred the Deputy President William Ruto to be the successor of his boss president Uhuru Kenyatta, standing at 49.2 per cent against his closest political arch-rival and the former prime minister Raila Odinga who stands at 45.1 per cent. 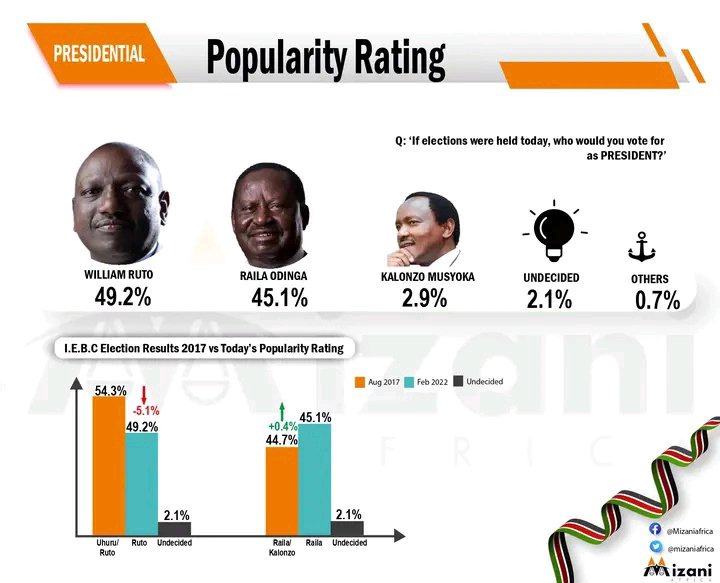 Kalonzo Musyoka who leads the One Kenya Alliance (OKA) comes third in popularity with a huge margin from the duo, managing only to win 2.9 per cent of the respondents.

Mizani further reveals that 2.1 per cent of the respondents were yet to decide on whom they would vote for should the polls be conducted today, as 0.7 per cent voted for others. 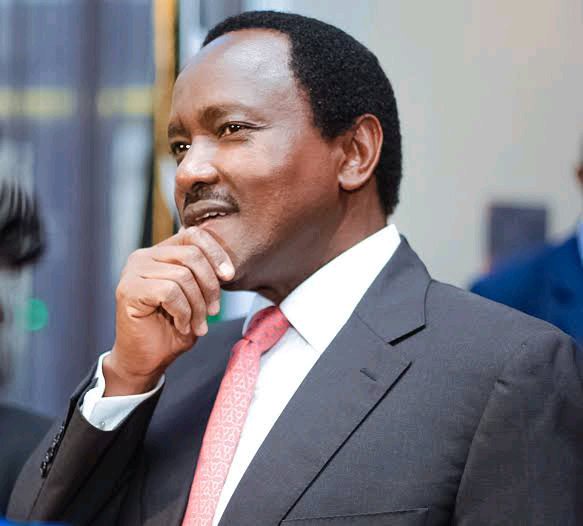 The Mizani polls have just been released a day after TIFA also released another which focused on finding the popularity of the presidential candidates in the three regions of Nairobi, Busia and Murang'a.

In their findings, Raila was ahead of Ruto in the counties of Busia and Nairobi, while Ruto was most preferred in the County of Murang'a.