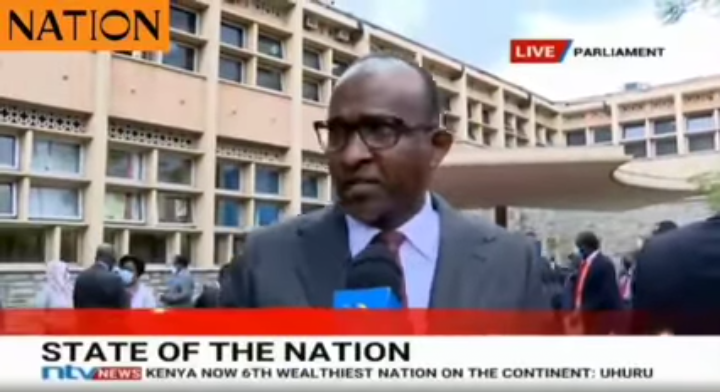 It is during this moment when the president was passing by making member of parliament pause his speech as he watches the president to pass before finishing is address to the media.