By The-True-Picture. (self media writer) | 16 days ago

The battle lines have been drawn as the race to succeed President Uhuru Muigai Kenyatta is intensifying day by day.It is a battle that many could refer to as one of the Titans.Key presidential aspirants have thrown themselves in the political ring awaiting this fierce smackdown.The final whistle by IEBC is what remains to be heard.

In the forefront in this race are Deputy President William Ruto,ODM Party leader Raila Amolo Odinga,ANC Party Leader Musalia Mudavadi,Wiper Party Leader Kalonzo Musyoka,KANU Chairman Gideon Moi,Speaker of the National Assembly Justin Muturi among others.DP Ruto and Raila Odinga are viewed as the fiercest political horses in this regard. 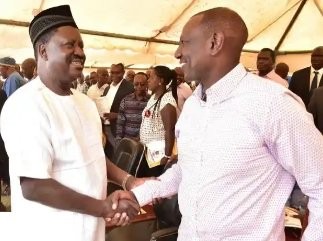 As the political terrain continues to witness realignments and reorganizations,another major Announcement is due on Friday.On this day,KANU party delegates would converge in Nairobi and make a grand unanimous decision on the next political course of the cockerel party.

Though the party Chairman and Baringo Senator Gideon Kipsiele Moi has boldly declared his intention to succeed President Uhuru Muigai Kenyatta,more are expected to expire from the meeting.Moi is a co-principal in the One Kenya Alliance alongside Kalonzo Musyoka, Musalia Mudavadi and Moses Wetangula of Ford Kenya.Already Kalonzo, Musalia and Moi have announced their presidential bids. 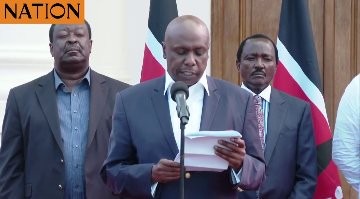 What remains unclear is the fate of KANU in the OKA outfit as it has indicated that it is ready to strike a working deal with Raila's ODM party.Whether the independent party will unbolt itself from the OKA outfit is one of the cards that could feature on this fateful day.

Despite Moi having a soft spot for Raila Odinga, Musalia and Kalonzo have remained adamant in shelving their presidential ambitions in favour of the former Prime Minister.The duo have developed cold feet to President Uhuru Kenyatta's call for them to engage Raila ahead of 2022.The above undertaking has been seen as not bearing any fruit at all. 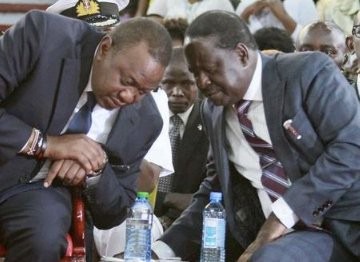 Be it this or that,KANU is going to make a grand decision on Friday that may have adverse ramifications in various political quarters.