By The_Press (self media writer) | 1 year ago

The Embakasi East member of parliament Hon. Babu Owino has emptied the secrets of the state's plan to block Ruto to ascend to presidency in Kenya.

Raila Odinga during the Jakoyo Midiwo's funeral said that he is out to form another a serious political formation which he called the Tshunami. Raila will be seeking the 5th attempt to ascend to power.

According to Embakasi East member of parliament using the photo that the former prime minister Raila Odinga , president Uhuru Kenyatta and the former vice president Stephen Kalonzo Musyoka posed for while in Naivasha for World Championship Rally. According to Babu Owino that photo carries the next executive of the country. 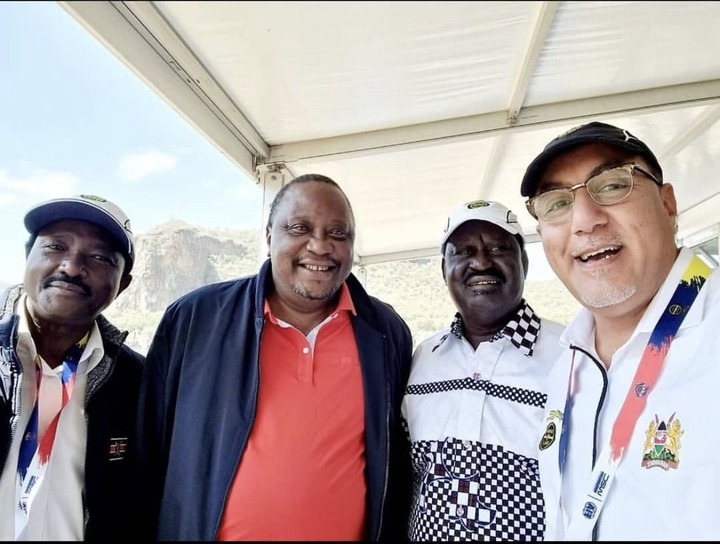 Babu says that in the formation Raila talked of Raila will be the next president as Kalonzo deputize him and Uhuru the prime minister.

While speaking in Gem constituency Raila believed that a section of lawyers who will be challenging the court rule over the BBI will triumph paving way for this formation that they believe will help this country over post election violence.

However, the deputy president while in Machakos county said that he is not afraid of the so called Tsunami and he is prepared to face them with voters.

Provisional Presidential Results As At 11:30 PM Shows A Tight Race Between Raila And Ruto

Update On Presidential Results as at 7:00 Pm

IEBC Has Released The First Verified Constituency Presidential Results Out

Food That Are Good For Your Healthy Hair And Scalp Healthy

Provisional Presidential Results As At 5.13PM