By Flashesofhope (self media writer) | 1 month ago 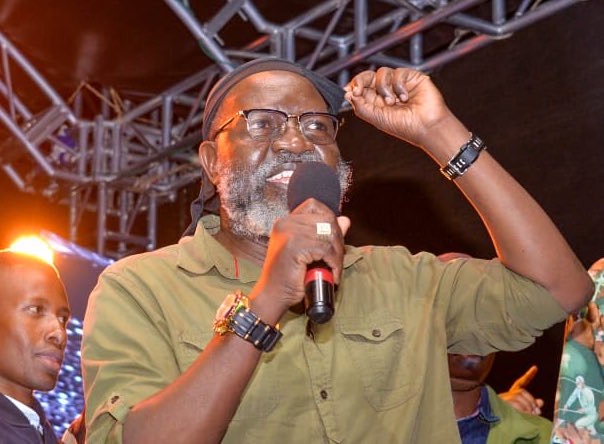 Speaking to Kenyans through the media, presidential candidate Wajackoyah has released his 8 points manifesto that he will put into place once elected as the 5th president of Kenya. Below is a list:-

According to him, one acre of the product can fetch 78 dollars in 6 months and hence if grown for commercial use " Nyeri county has 58 acres earning 45 billion as dollars" Says Wajackoyah".

One venom equals to 6000 dollars from the small snakes, the country can earn 1 billion a year, according to him, the goverment will teach residents how to rare the snakes.

Dog meat and hyena has medicinal value, 1kg of it equals 6 times of goat meat hence will fetch that country more income.

His Goverment will deal all loopholes and corruption just as other countries to ensure that those stealing will reduce in the country.

Pregnant women will be given a stipend whether married or not, men punishing women will be dealt with " My wife has slapped me twice and I just look at her" he adds. Police men affairs to be looked at, given a chance to be listened to and have a salary increment.

The country will have a 24 hour working economy system, jobs will be decided into 3, 8 hours a person.

According to him, the constitution has some errors that need to be rectified such as allowing leaders with cases in court to be elected.

Counties such as Isiolo will be made capital cities so as to decongest the population in major cities such as Nairobi where many people have moved into.

Content created and supplied by: Flashesofhope (via Opera News )

Waiguru's Sweet Message To Her Husband After Winning Back Her Seat

Remember Busia Men That Exchanged Wives, Here Is What Is Happening To Them

How To Understand Money Matters When Dating