What awaits Uhuru as 2022 is approaching

By BernardOwuor (self meida writer) | 13 days 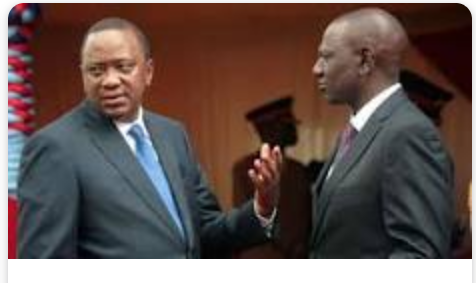 His Exellency Uhuru Muigai Kenyatta is the fourth president of the republic of Kenya.He successfully won two subsequent elections in Jubilee party ticket thanks to his alliance with his ally-turned foe, Deputy President William Ruto.Their bromance and matching attires in their first term totally contrast what we do witness today.

The rulling Jubilee party has turned to be the Tower of Babel.The party is distinctly divided into two rival camps-the Kieleweke wing and the Tangatanga faction.The former is allied to the head of state while the latter to the Deputy President.

With couples of months to next year's general elections,the president has an anthill task.One, with the big four agenda not even partially achieved,the president has to burn as much night oil as he can so as to hold on to at least one tangible achievement.Two,his handshake with ODM leader Raila Odinga that culminated into the BBI has faced a bumpy and rough going owing to Court cases and eventually anticipated Court of Appeals rulling in August 20.

The last and the most critical among his dilemma being his Deputy President.They say a promise is adebt.The DP has politically stood with Uhuru Kenyatta since 2002 and even in the last two elections.It was at this moment in time that the head of state should reciprocate.His Mt Kenya backyard has sensed betrayal and are Keen not to be in a political trap.Mr Kenyatta is keen to consolidate his backyard amid high and intense rebellion.

Only time will tell.

Content created and supplied by: BernardOwuor (via Opera News )

"Our Econmic Interest Must Be Secured By Our Own Leader Not Strangers," Governor Waiguru

Soy Mp Pays Tribute To The Late George In Minnesota