By News54Bulletin (self media writer) | 1 month ago 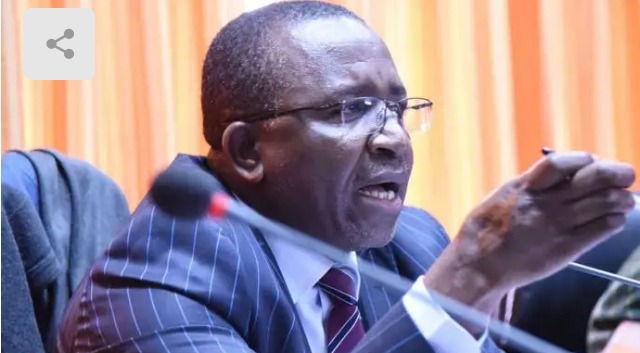 In the last few weeks, there have been correspondence that Musalia Mudavadi’s ANC camp have been having secret talks with Deputy President William Ruto.

ANC Deputy Party leader Ayub Savula and Cotu Secretary-General Francis Atwoli have assertions that some of Mudavadi’s supporters were working with Ruto’s UDA.

The two claimed that the MPs have been holding secret meetings with Ruto’s camp while others have been brought into the One Kenya Alliance (OKA) to act as Ruto’s agent in the alliance.

Responding to the allegations that their camp, UDA, has been having secret meetings with Musalia Mudavadi, Meru Senator Muthika Linturi said that he could not renounce nor confirm that there have been such meetings.

The senator, however, noted that such secret meetings are expected at this point when the elections are imminent. He said that some lawmakers have started holding such meetings without the awareness of their party leaders for strategy purposes.

“I cannot deny nor confirm the legitimacy of these meetings, but I can tell you they are expected. People will start talking to each other, we are members of parliament, we always sit down together and bring debates on whether and we are like ‘my friend you know these are my neighbours’ and we tell that them ‘you know what? You are my neighbours lets us take off the face of Kalonzo and everybody and let us talk like neighbours, what is our strength, what do you think we need to do because we won’t mind being in government next time or even being in the opposition isn’t a big thing… I can tell you without the influence of those people, the members of the parliament or any other supporters are easily making decisions that are independent for the best and good of the country,” Linturi said