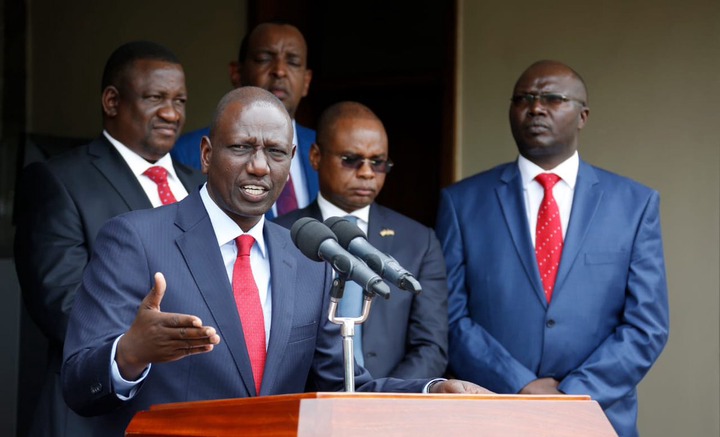 Orange Democratic Movement (ODM) party Communication Strategist Philip Etale, has claimed that Deputy President Dr William Ruto has already designated himself as an opposition leader ahead of 2022 general elections, after his frequent attacks on the government officers including the President.

In his latest message on Twitter which seems to indirectly referring to Deputy President Dr William Ruto, Etale said that the second in command is already positioning himself as an opposition chief after attacking President Uhuru Kenyatta by calling him a conman, then he went ahead to attack the Cabinet Secretaries that's Interior CS Dr Fred Matiang'i and his ICT counterpart Joe Mucheru.

Then the second in command and his allies went ahead to attack the Chief Justice Martha Koome, claiming that she is planning to interfere with next year's general elections. After Koome, Ruto and his brigade have now gone ahead to attack the Inspector General of Police Hillary Mutyambai. Etale argued that such habit shows that Ruto has already designated himself as an opposition chief ahead of next year's polls. 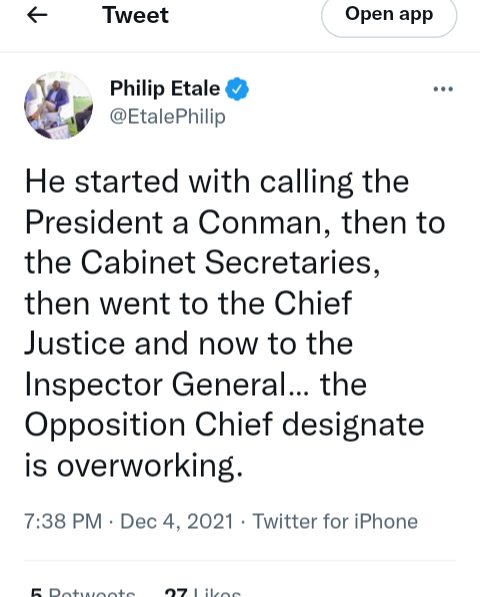 6 Proven Steps to Reprogram and Build a Strong Mindset That Will Attract Everything You Desire.