With just afew days left to the August polls, presidential aspirants have taken it upon themselves to unveil their manifestos. It began with Raila and later on DP Ruto and Wajackoya launched theirs in a parallel manner.

Wajackoya's manifesto has been branded by a section of Kenyans as funny and almost unachievable as people cannot imagine a country with most areas covered with marijuana plants.

A hillarious cartoon of presidential aspirants has gone viral. In the cartoon, the theme is tingiza - meaty. Tingiza miti hit up as Wajackoya was unveiling his manifesto at the KICC as after every point Wajackoya said, there was a tingiza miti sound from the background.

In the cartoon that has gone viral, Raila and Ruto have been depicted to sell meat in a butchery. A close look at the image further shows that the meat being sold by Raila and Ruto is Kenya, to mean, the two may have no good intentions for the country since they are "selling" Kenya. 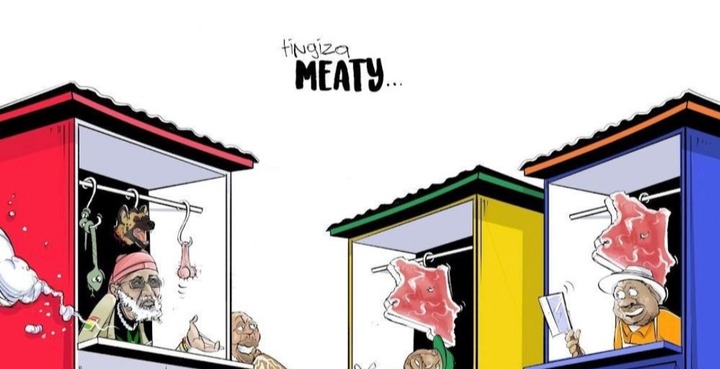 Wajackoya has been depicted to sell hyena and hyena products in his butchery. Akin to his manifesto, Wajackoya believes that the country can pay off debts through exportation of hyena meat and snake venom. 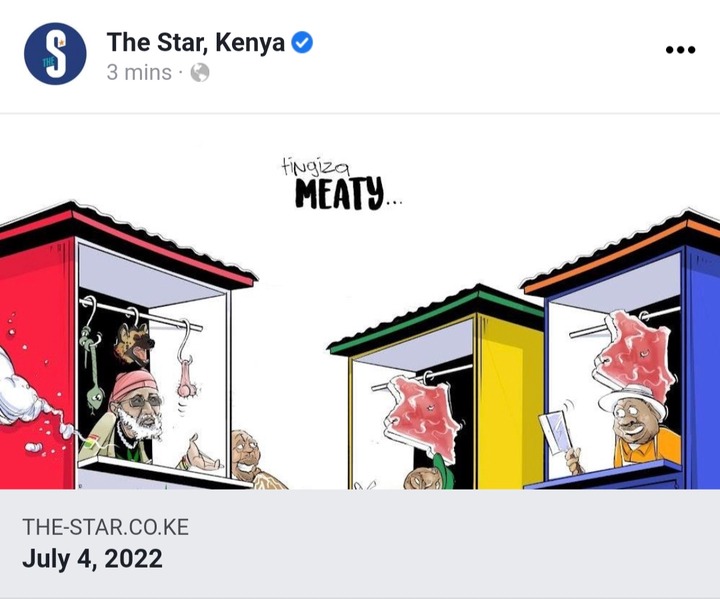