President Uhuru Kenyatta is expected to pave way for the fifth President of Kenya as soon as the IEBC declares the winner of the presidential race. However, the newly elected governor of Murang'a county admitted that leaders of the Jubilee party from the Mt Kenya region, did a big mistake and that is why they failed to see the yellow revolution. He alleges that President Uhuru Kenyatta was surrounded by leaders who neglected the yellow revolution and that is why they have been sent home. 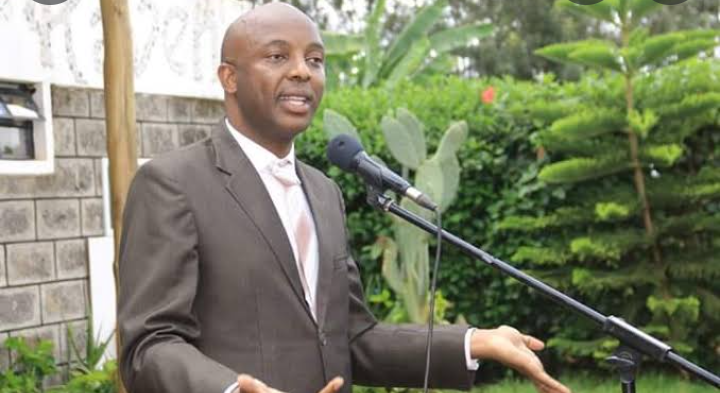 The victory of William Ruto in the Mount Kenya region has left many of the Jubilee allies to be wondering how Ruto managed to get such a big number in the region despite the reports of low voter turnout on the election day in many polling stations. Some Jubilee heavyweights like Kanini Kega and Jeremiah Kioni have already said that there was mass rigging in some stations of about 33 constituencies. The Murang’a governor-elect has now emerged with fresh claims on why Ruto beat Raila in the region. He claimed that President Uhuru Kenyatta was surrounded by Jubilee flatters who never told Uhuru the truth of his political moves. 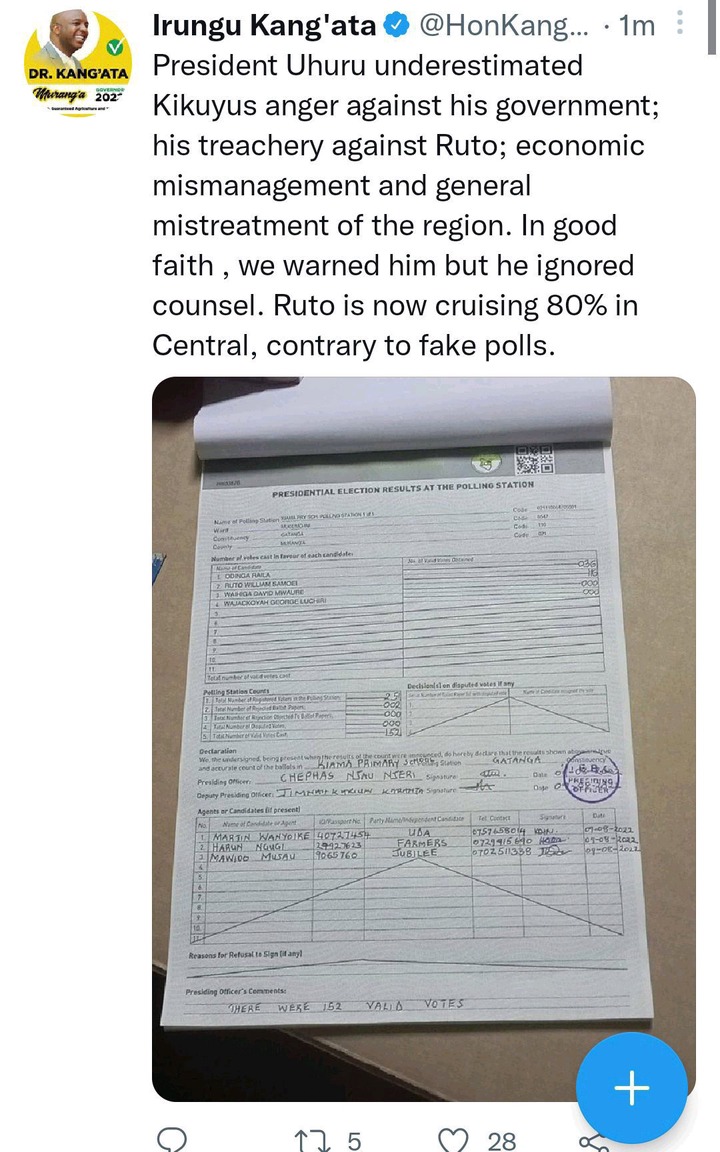 Irungu Kang'ata claimed that there were clear signs that UDA was headed for victory against the Jubilee Party but the Jubilee candidate ignored this and blindly followed their king Mr. Kenyatta."It appears that president Uhuru Kenyatta was surrounded by jubilee flatters who failed to see the incoming yellow revolution in mt Kenya region," Irungu Kang'ata said. He said that Uhuru's desires to remain as the regions kingpin have now been destroyed after many of the Jubilee candidates lost the race to the UDA competitors. He claimed that Uhuru started his political career in an unfortunate way and might end it in the same way. He alleged that his close allies lied to him and he has now realized the truth. 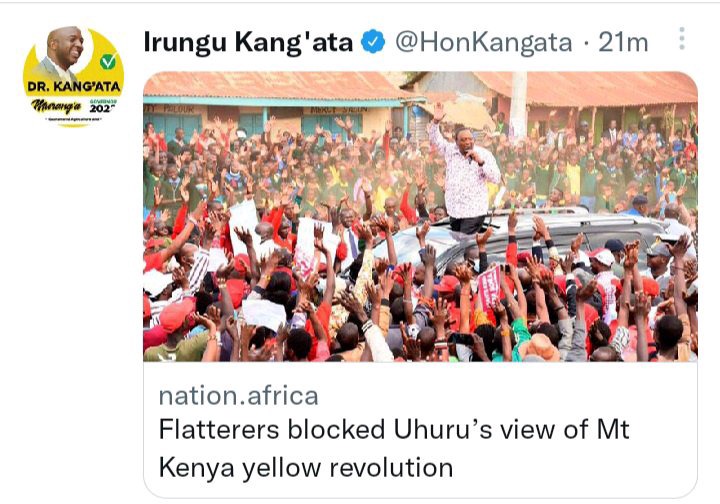 The governor elect, who contested under a UDA ticket won by a landslide after garnering 246,849 votes. Jamleck Kamau of Jubilee came second with 84,707 votes.After receiving his certificate from the Independent Electoral and Boundaries Commission (IEBC) on Saturday, Kang'ata affirmed that he will deliver all which he promised to the residents of Murang'a.He further noted that he shall work closely with other elected leaders in the county up to the lowest office to ensure seamless service delivery. "We will now have to put a lot of effort and I have no doubt in the promises that I made. We must deliver a world class health care for the people of Murang'a," he said.I promise you that this will be a leadership that has no goons and we shall work with other elected leaders." he added. 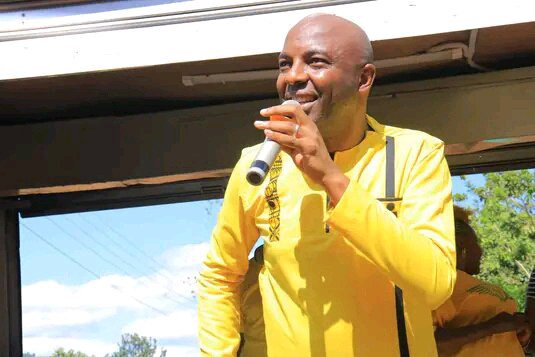