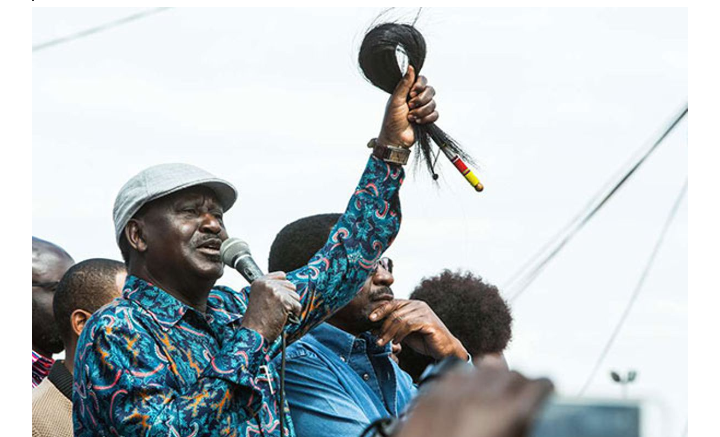 Opposition leader Raila Odinga is undoubtedly one of Kenya's greatest politician of all times. His long stay in the leadership arena has seen him achieve a lot, including power and influence. This has seen him earn many tittles from his followers, especially from his Luo Nyanza backyard.

Here are some of them:

This is a Luo word for 'Chairman' and results from the former Premier's placement at the helm of the Luo political arena.

He is considered the most popular and influential leader throughout the Luo and parts of the Western Kenya region, hence the executive tittle.

It also has everything to do with his patron position at the Gor Mahia soccer club, a team largely associated with the community.

The name, just like in Swahili, means a tractor in the Luo language.

The Orange party leader was given this name for his political power and the ability to cruise over rivals, the same way a tractor overcomes the mud and weeds while ploughing.

It was also associated with the Liberal Democratic Party (LDP), his former bloc of choice whose symbol was the machine.

Baba translates to father in Luo, a tittle he has received for the political guidance and leadership he has always given to his people.

A big section of the Luo consider him their father of politics hence their immense love for the veteran leader.

Others include Wuod Nyalego (son of the lady from Alego) and Omin Akinyi (Akinyi's brother).