"We Want A Recount Of Votes" Drama In Juja As Jubilee Party Leaders Cry's Out, Demands This

By NatashaNews (self meida writer) | 24 days 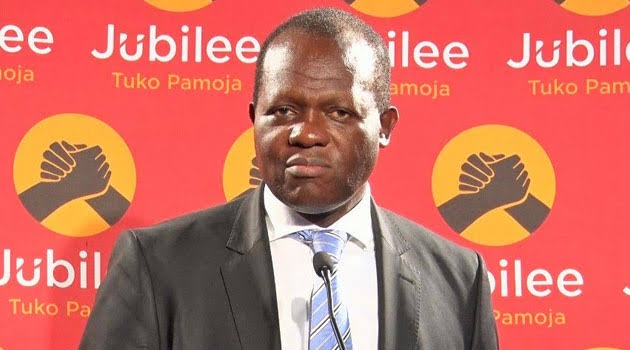 Drama is still unfolding in Juja by election. Leaders from Jubilee Party wing are not ready to let the seat go yet. From the video seen and shared by KBC TV. They're claiming that there is votes manipulation and some votes belonging to their candidate were dumped somewhere hence never counted. The group is calling on Independent Electral commission boss Mr Chebukati to suspend the ongoing counting of votes and begin the process a fresh.

Yesterday night, the commission was forced to suspend the process after Governor Nyoro stormed the hall, claiming that Jubilee Party votes were being dumped somewhere else as the process was ongoing. Police officers were forced to swing into action and the situation was contained eventually. Chebukati fired awarnig to governor Nyoro and his allies, confirming that the who caused chaos will be brought to books.

The duel is between Moses Kuria candidate and that from president Kenyatta party. Juja is seen as a fight to reclaim Mount Kenya region by Ruto Allies who are doing everything to dominate the area. If they win the seat, it will be ablow to president Kenyatta and his allies who have been seen as the Kingpin of the region for a long time.

"Votes are counted at the polling station. At the tallying centre, there cannot be any magic that will reduce or increase the votes that were properly counted at each station. Tallying centres only tally votes as received. It seems they have a problem with simple arithmetics" posted Ken. 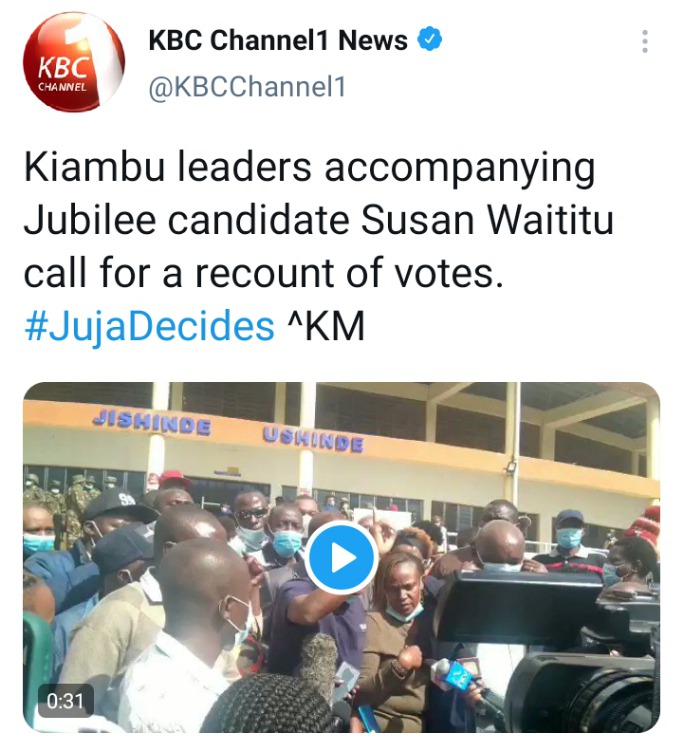