By GirlinSpecs (self media writer) | 13 days ago 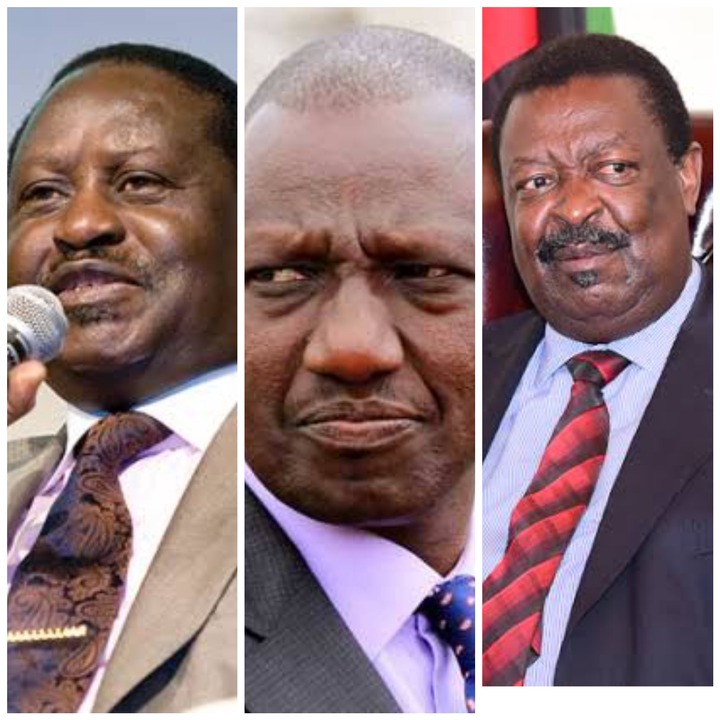 The general elections year is a few months away and several politicians and influential people have decided to conduct online polls to determine the candidates' strengths in different regions of the country.

One of the people taking part in such activities is the political journalist and Uhuru's pointman Wahome Edwin Thuku. He is also Raila's ally since most of his posts aim at supporting the ODM leader. 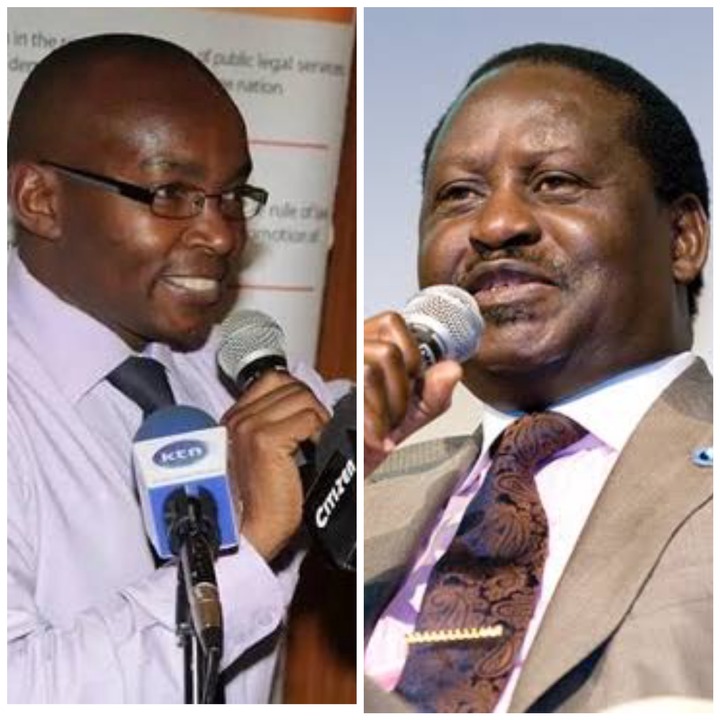 He posted the results today Friday 8 October revealing that Raila won with 2400 votes followed by William Ruto with 1320 then Musalia Mudavadi with 200 votes.

However, he acknowledged that there may be discrepancies because some of the people who participated were outsiders while others voted more than once. He promised to conduct another poll for the same region for clarity. 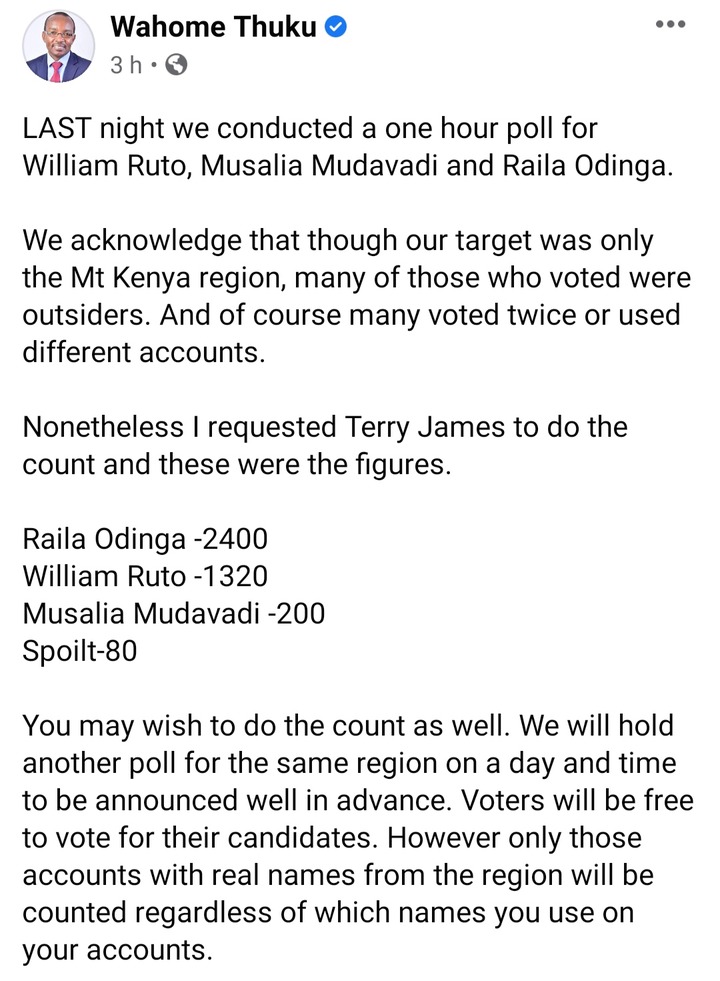 Kenyans on the internet criticised Wahome's move claiming that the votes were not valid since people like mama mbogas and bodabodas were not involved yet they are the ones whose votes will determine the next president.

Others suspected that Wahome cooked the results since they all ended with 00. He was even accused of blocking Ruto's supporters to increase chances of Raila winning. 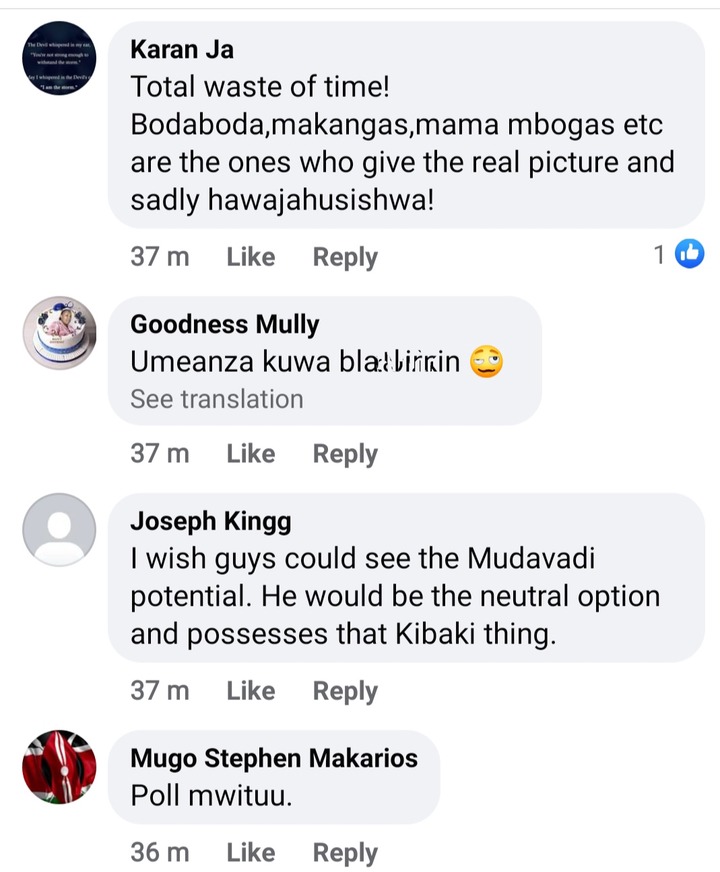 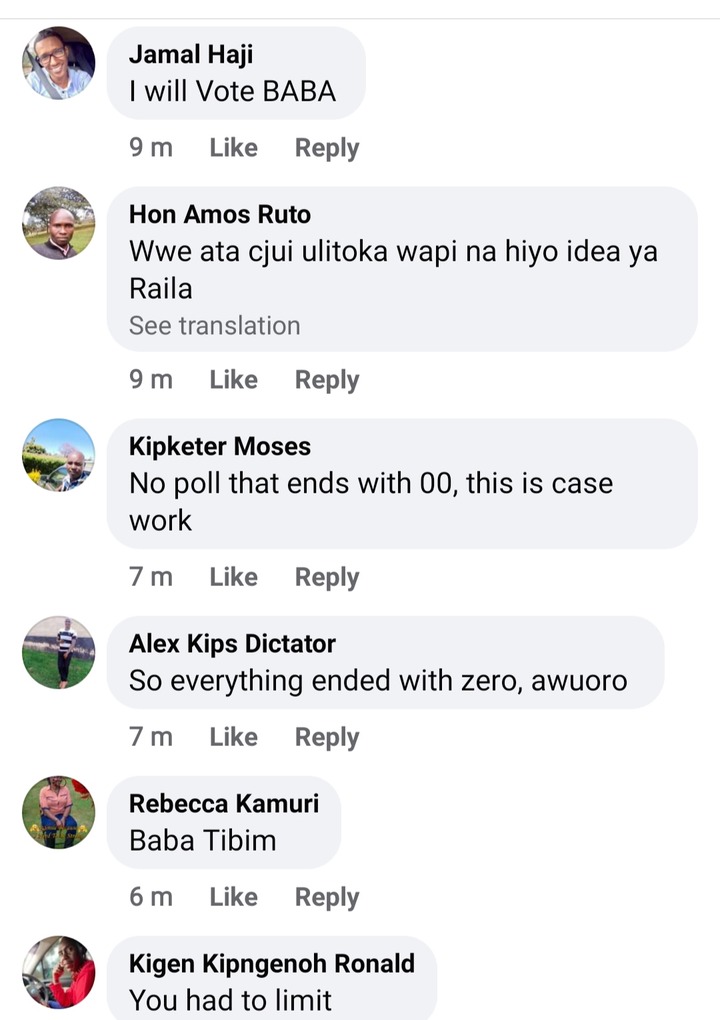 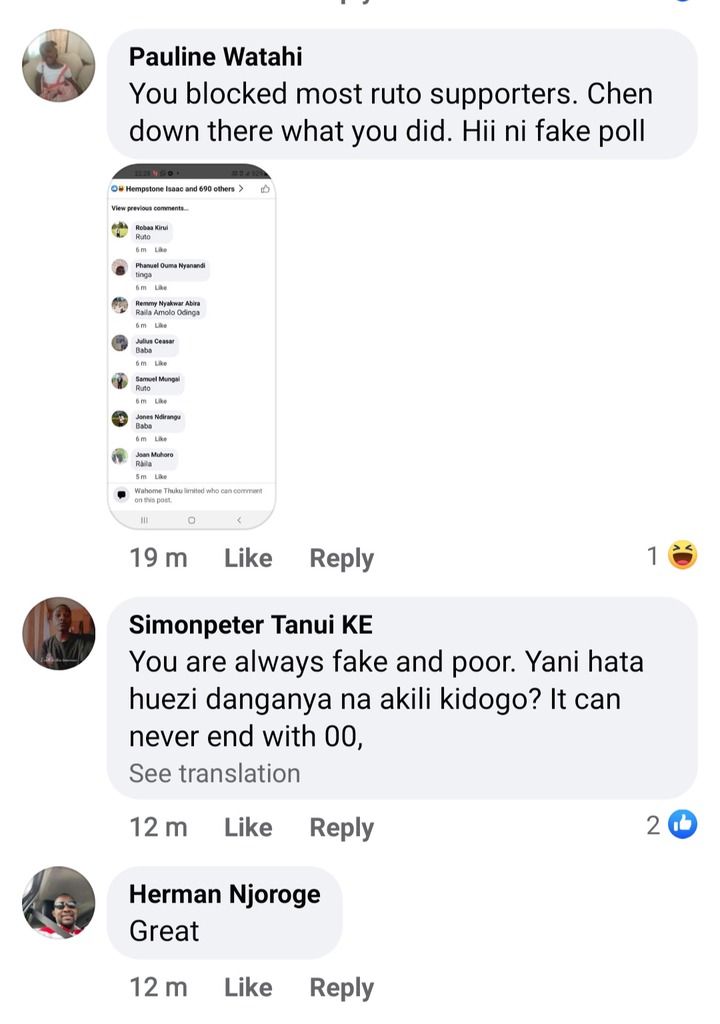