By Kisumucitydala (self media writer) | 1 month ago

According to the claims by controversial UDA supporter Dennish Itumbi, he has claimed that the deep state are currently working on a new task to prosecute Ruto's campaign financiers.

According to the twitter post by the blogger, he has leaked out that the Dee state who led the Kiambaa by elelecton audit had revealed the measures as they draft the conclusions and decisions on how the events took place during the period.

According to Itumbi, he revealed that the deep state made the following conclusions and decisions.

1 He claimed that three powerful men financed Ruto's campaign and they seems unshaken ahead of the next years polls.

2. One out of the three campaign financiers to be arrested on 28 or 29 this month.

The other claims and allegation by Dennish Itumbi about the strategies of the deep state are expressed on the screenshot below. Do you believe with the accusations and allegations by Itumbi? Share your comments. 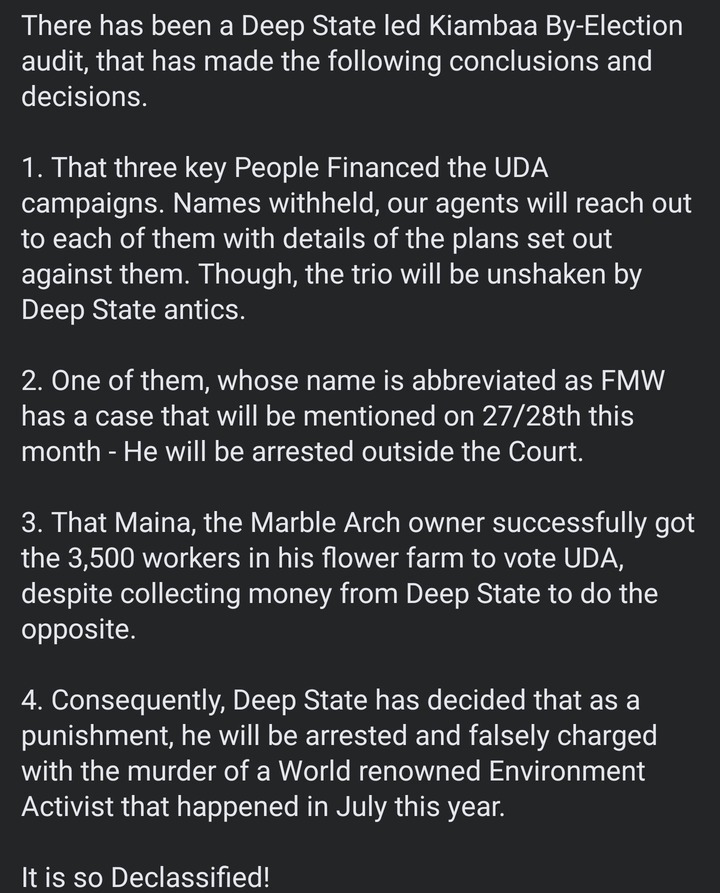 Content created and supplied by: Kisumucitydala (via Opera News )