By Owitijoseph (self media writer) | 5 months ago

Francis Atwoli who is the Central Organisation of Trade Unions (COTU) Secretary General has broken his silence after a photo of his image leaving the country went viral. The COTU boss is known as a vocal supporter of Raila Odinga.

A certain photo of his image however was seen circulating in media showing that he was leaving the country after he had sensed that Raila is losing to his political rival, Raila Odinga. 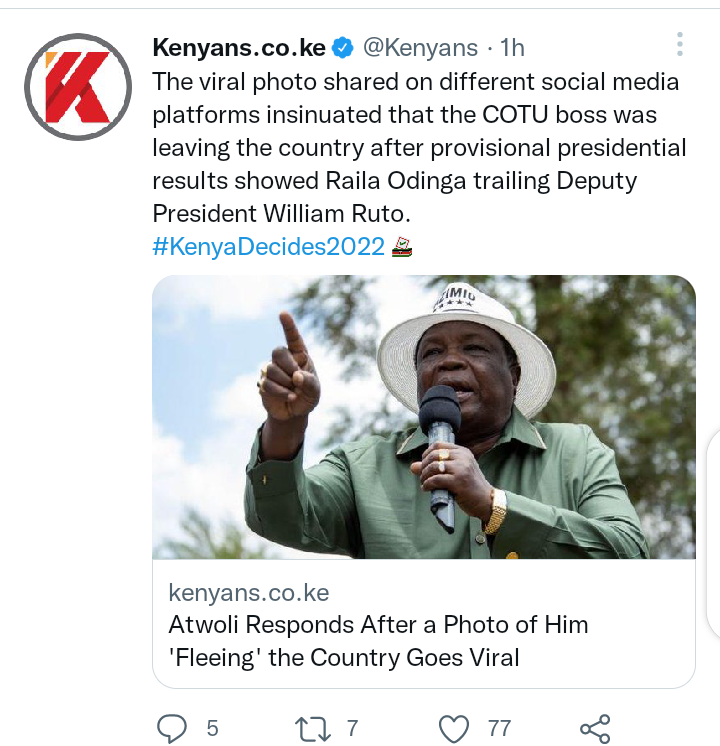 Atwoli denied the photo and clarified that the image was taken five years ago after he was traveling to Malaysia. He therefore flagged the photo as being fake and the citizens should not believe it either.

"Somebody using my old photo while arriving in Kuala Lumpur, Malaysia, five years ago," Atwoli said.

The photo created a platform for reactions among the citizens who thought that Atwoli was indeed leaving. On his side, Atwoli responded saying that he is in Kenya and he is not ready to leave no matter what happens.