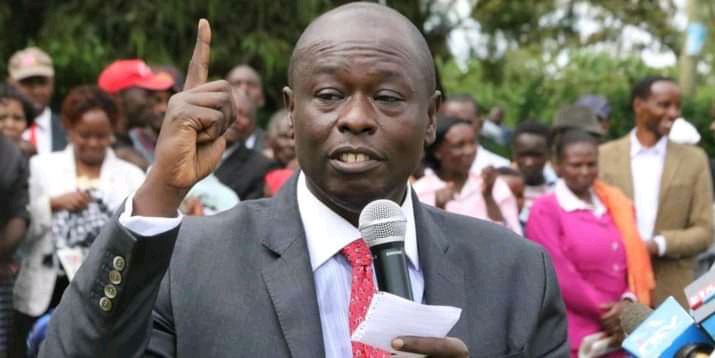 The dissappointed Gachagua wondered why Citizen has been inviting someone who does not understand politics and yet full of negative mentality, he argued that Atwoli should concentrate on matters affecting workers instead of politics.

He wondered why Atwoli was not put into task to explain the remarks he made earlier that Ruto would not be on the ballot.

Gachagua further stated that Atwoli is not God to predict the future, he described him as a failure who can not convince anyone, he recalled when Atwoli vied for Khwisero constituency parliamentary seat but ended up getting less than 1000 votes.

He however stated that it is Atwoli's right to express his opinions though they do not have any impact.

This comes hours after Atwoli insisted that Ruto will not win the Presidency while appearing on a live interview with Jeff Koinange. Video: https://twitter.com/citizentvkenya/status/1451064198344200196?s=19

Kalonzo Musyoka Secretly Jets Out Of The Country Ahead Of Raila's Declaration, Reveals Where He Is