By RehemaM (self meida writer) | 1 months 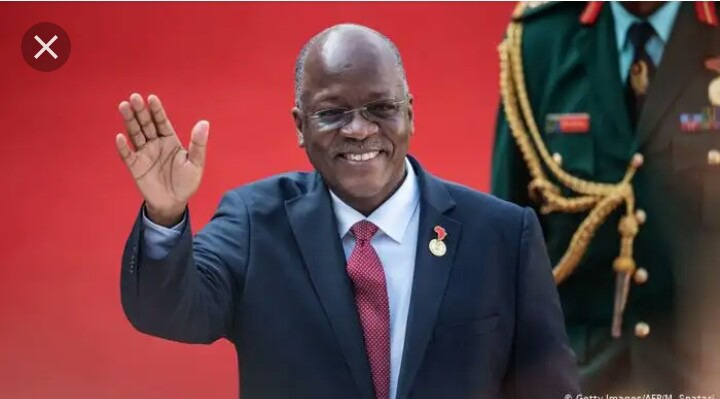 The news of president Magufuli death took the world by surprise after vice president announced his demise. The news of him missing came in some few days ago being spread by opposition leader who is currently In exile Honorable Tundu Lisu. He first claimed that Dr Magufuli was in a critical condition and that was the reason why he was unable to address the nation or even appear in public.

Well, eventually his death was announced and Tanzanians are awaiting the swearing In of new president soon. President John Pombe was known for his firm stand on corruption and development. He fired government officials on stop anytime he felt they were underperforming. He was even seen asking government official to use thier own money in paying for the services that they failed to provide to the public

He hit the headlines when he took a different route on covid-19. He rejected the presence of the virus in the country and even banned anyone from using masks. Tanzanians continued with their normal activities without minding the virus or even getting worried. He was criticized by western countries on covid-19 but he never relented. He will surely be missed. Rest in peace John Pombe Magufuli

Well, here are some of the leaders who died while in office. 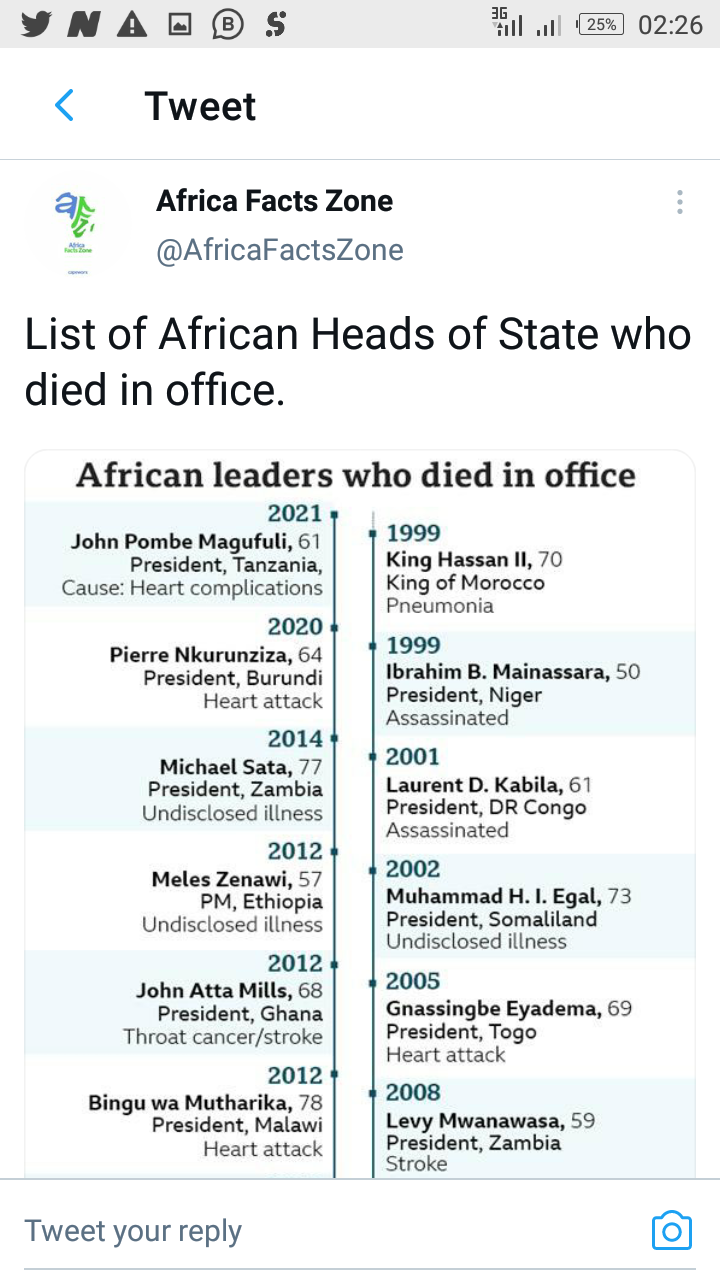 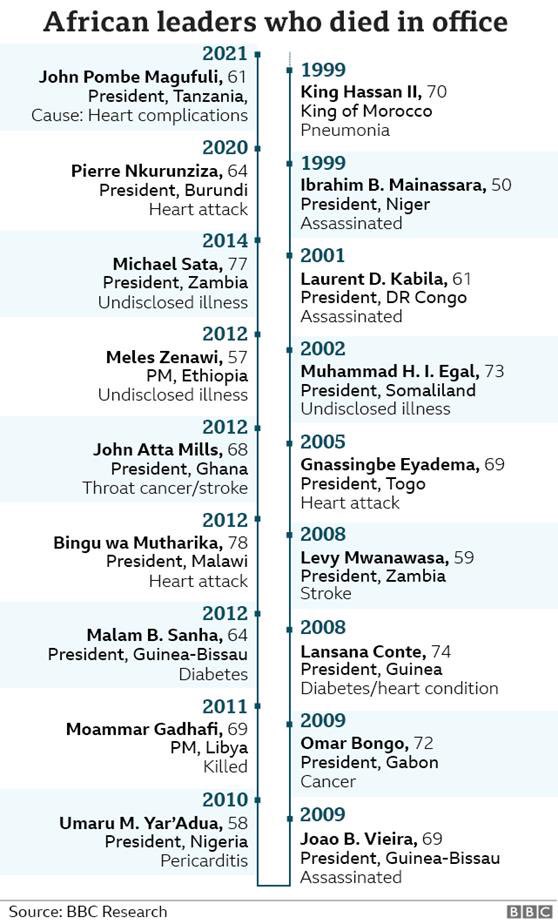