Results of Who Should be Picked as Raila Odinga’s Running Mate in His 2022 Presidential Bid.

By Kaptila (self media writer) | 11 days ago

Former prime minister Hon Raila Odinga is among other presidential hopefuls courting Mt Kenya in recent weeks, in hope of securing the region’s vote next year. 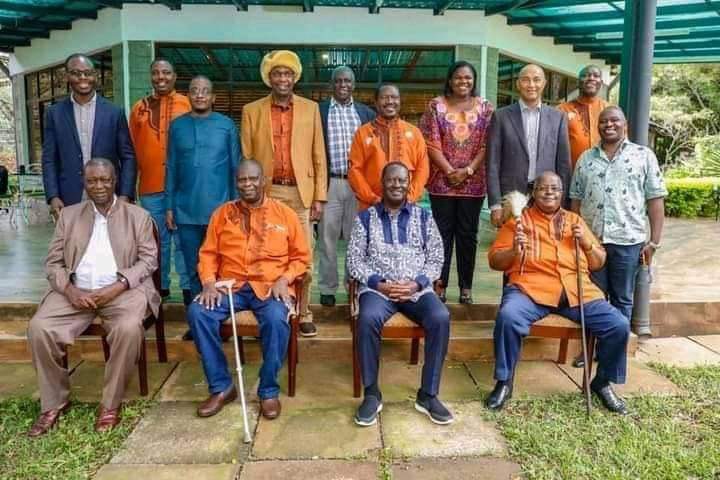 He has been frequenting his visits to the vast and expansive region popularising his candidature for next polls slated for August 9th 2022. He has met political leaders and opinion shapers from the region who seem to be championing for his presidential bid. 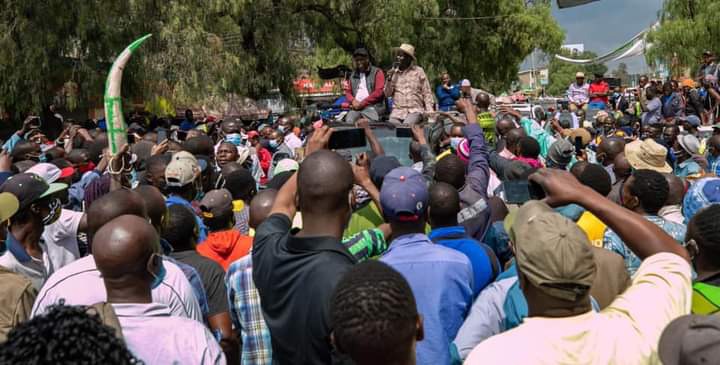 He will be seeking to succeed his handshake partner, President Uhuru Kenyatta whose term comes to an end in August next year. Others who have shown interest in the coveted presidential seat include Deputy President William Ruto, Amani National Congress leader Musalia Mudavadi and KANU’s Gideon Moi who was recently endorsed by his party to run for the country's top seat. 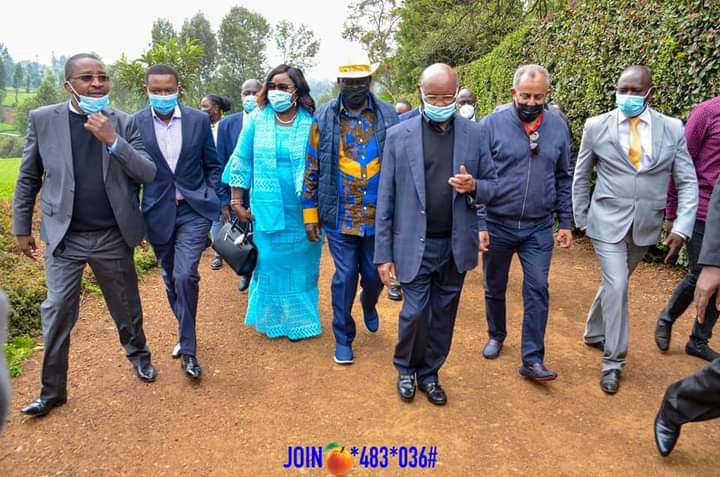 An Opinion poll conducted on Twitter by City lawyer Ahmednasir Abdullahi, popularly known as Grand Mullah has shown who should be picked as Raila's running mate for the 2022 Presidential contest. Kalonzo was Raila’s running mate in the 2013 and 2017 general elections. The survey poll revealed that former Gatanga Mp Peter Kenneth is favored to deputise the Orange Democratic Movement leader. 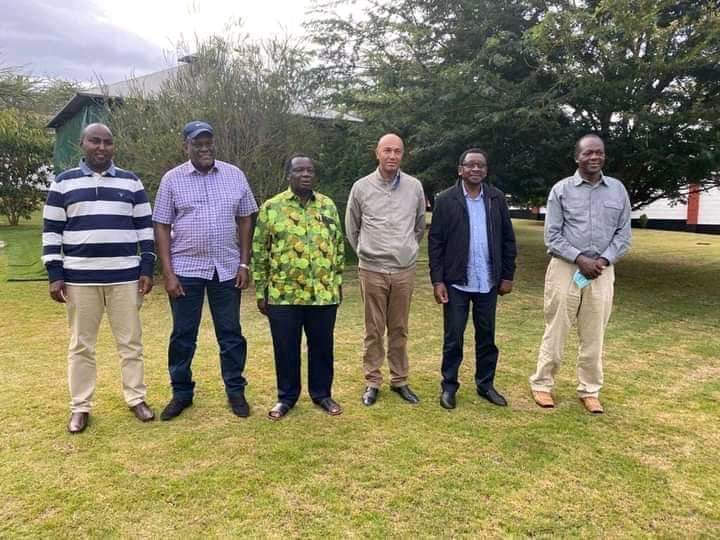 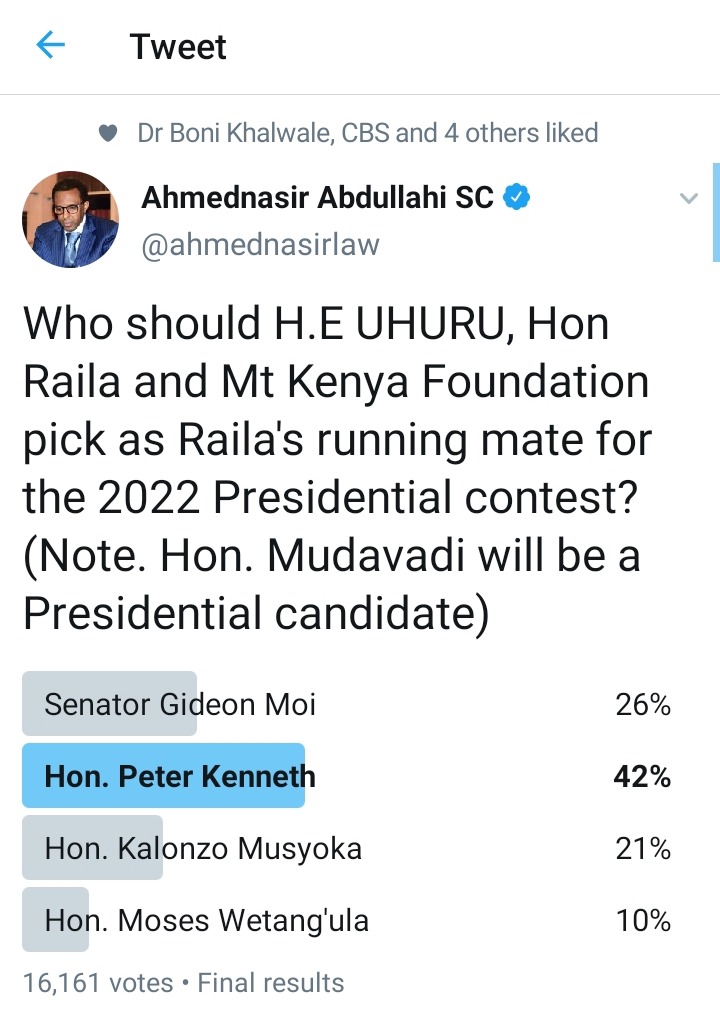