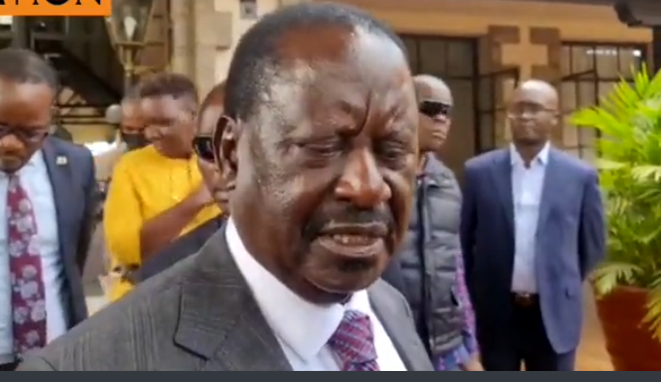 Raila Odinga, leader of the Azimio, has denied allegations that he covertly sold the country's three ports to a Dubai company together with President Uhuru Kenyatta.

Raila, through the spokesperson for his presidential secretariat, Makau Mutua, stated that the allegations made by ANC leader Musalia Mudavadia and the entire Kenya Kwanza team are false.

"I have discussed the problem with Raila. He has surely disregarded this claim with the disdain it merits, "Mutua said.

He noted that as the ODM leader is not a member of the government, he lacks the legal authority to represent the government in any official capacity.

Mutua stated that the claims are the most recent attempt by Kenya Kwanza to distract their impending defeat in the approaching general elections on August 9.

"This latest attempt, like many others, is unwarranted and unbecoming of a party desperate to bolster its declining numbers by any means necessary," he said. 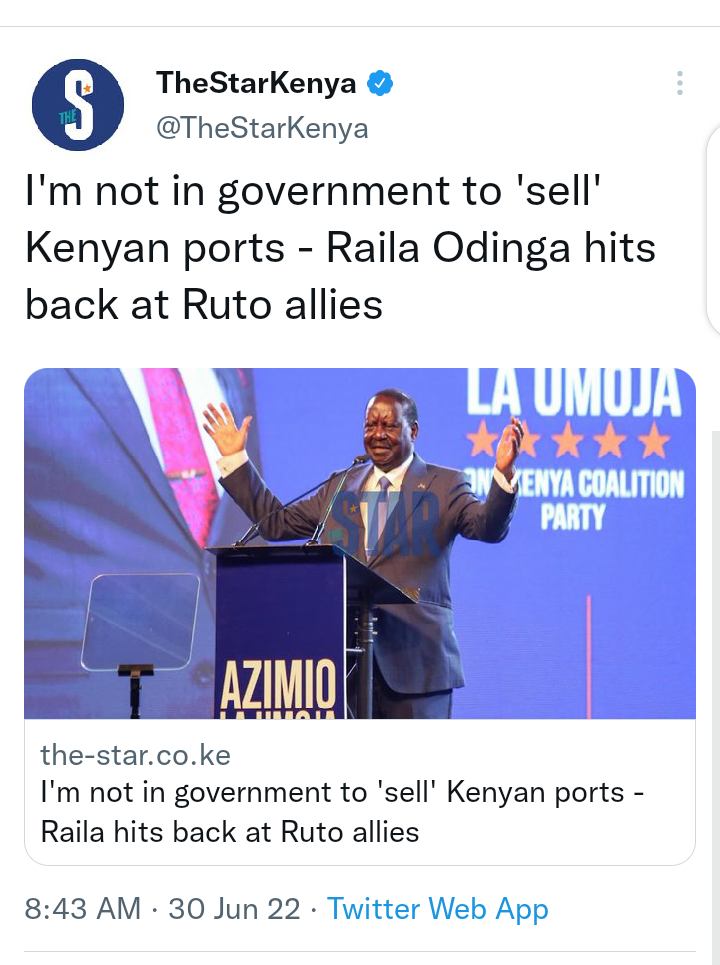 Mutua stated that their opponents have the absolute right to compare their campaign platform and policies to those of Azimio.

"However, they must cease making defamatory charges throughout the public engagement," he stressed.

In spite of using deception and half-truths in their efforts, Makau reaffirmed that the William Ruto-led party was doomed to lose.

Mudavadi made these remarks after claiming on Wednesday that President Uhuru Kenyatta and Raila sold the ports of Mombasa, Lamu, and Kisumu to Dubai-based Port World FZE illegally.

The Total Votes Mudavadi And Wetangula Delivered For Ruto

Just in: Raila Makes a Surprise Appearance at His Private Residence Before Heading to Bomas