By Annjogu45 (self media writer) | 2 months ago

Jack Wanami Wamboka, a member of parliament from Bumula, has vowed to introduce a motion that would prevent some regions from holding presidential elections in response to the government's alleged indifference. 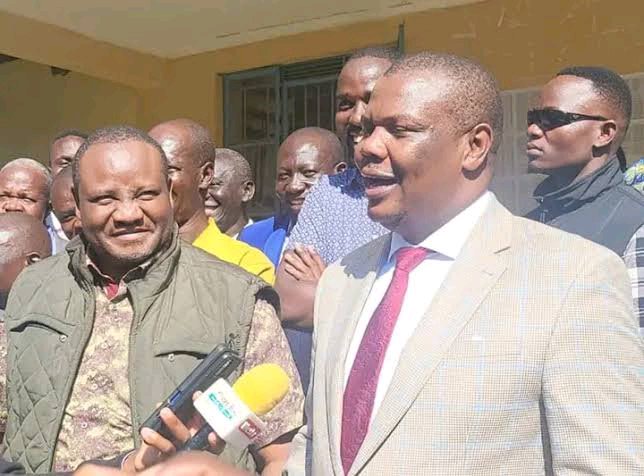 Wamboka noted that it's terrible that the presidency has only been rotating in two regions as he made his contributions on the floor of the house. He continued by saying that while other regions lagged behind, this led to rapid development in the two regions.

The angry member continued by mentioning road projects in his district that were started ten years ago and haven't been finished yet, whereas recently started roads in Nairobi and Central Kenya are practically finished.

"There are roads in my district that were started ten years ago but have stalled. Other significant roads have not yet started. The freshly started, nearly finished Kenol-Marua road. Within a short period of time, the bypass was transformed into a dual carriage. Why should the government disregard some areas?" Inquired the MP. (Video starts at 1hr 9min.)

President William Ruto was urged by the legislator to serve all Kenyans without discrimination or he would be obliged to present a motion limiting the presidential election to the two regions.

"William Ruto, I hope, will be a different president. Otherwise, I don't see why the presidential ballot boxes need to be transported to other parts of the nation. I'll be advocating that just the Central and Rift Valley areas should host presidential elections "referred Wanami. (Video starts at 1hr 10min.)

Given that it violates the Kenyan constitution, this new discussion by MP Wamboka is anticipated to provoke significant splits in the legislature.

Content created and supplied by: Annjogu45 (via Opera News )

Prayer For Positive Things In My Life

PHOTOS: Day Two of KCSE Kicks Off as Exam Materials Are Distributed Even in Bandit Prone Areas