By Khaled (self media writer) | 1 month ago 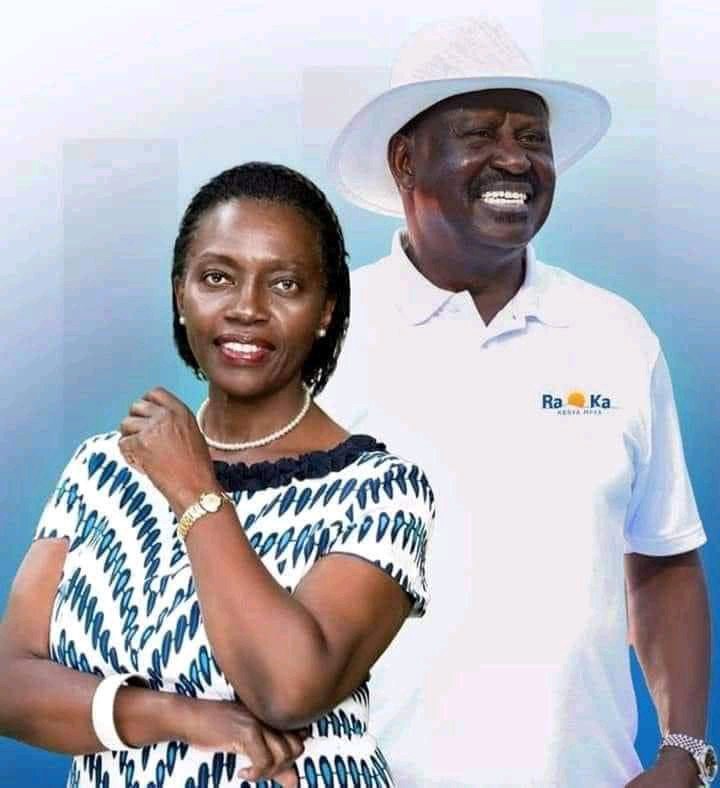 Wiper leader Kalonzo Musyoka launched his presidential campaign on Monday at his Command Center, and the KANU party has said that it will not support him.

Kalonzo appointed Andrew Leteipa Sunkuli as his presidential running mate after threatening to abandon Azimio La Umoja if his running mate was not chosen.

KANU, on the other hand, has said that it will not back Kalonzo, calling him an indecisive leader who does not deserve to be trusted.

Raila Odinga's running mate, Azimio candidate Raila Odinga, was presented at KICC by Raila Odinga, who said that KANU, led by Gideon Moi, is completely behind Raila.He also told The Daily Nation that KANU remains committed to Raila's candidacy, and that anyone who believes otherwise is in for a harsh awakening.

"Whatever happens, we're committing to a long stay in Azimio. Those who hold alternative beliefs are in for a rude shock. Baba, the President-elect "He is referred to.

This happened despite the fact that Moi had left the event early to attend Kalonzo's function. They are both members of the OKA alliance.Kalonzo admitted that Raila's choice of Narc Kenya leader Martha Karua as his running mate pushed him out of Azimio.He also revealed that he was approached about resigning for the former Justice Minister, but the talks broke through. 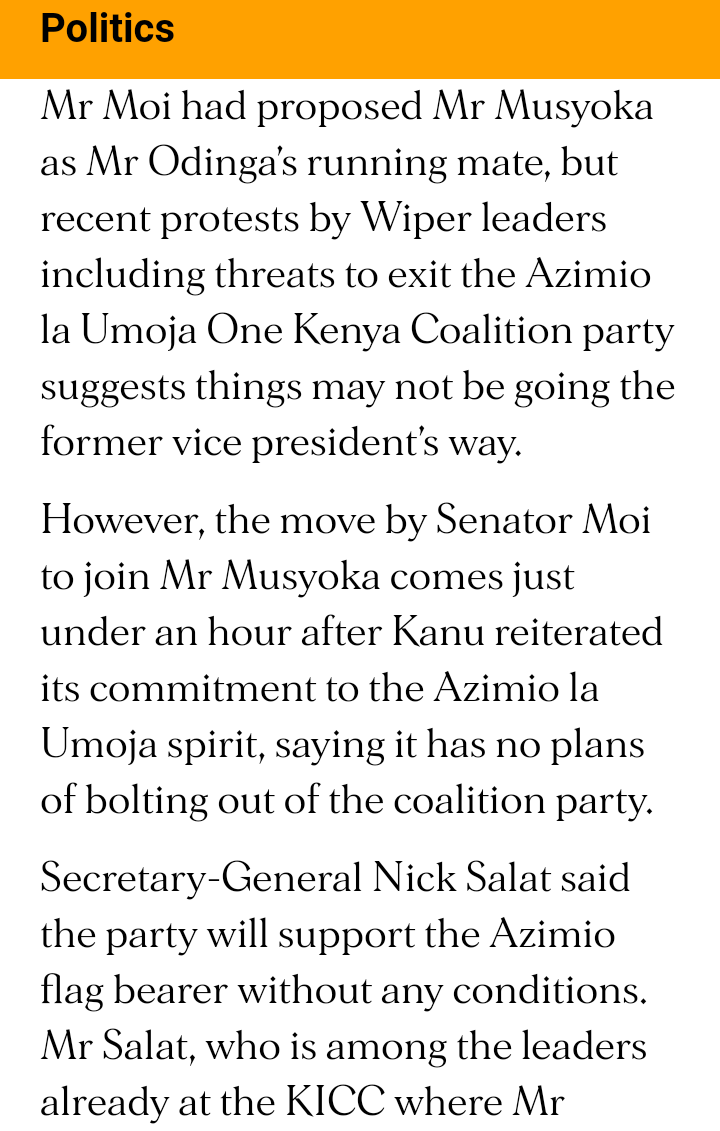 "You can't do business until you believe... How long will we be willing to make sacrifices, and will they succeed even if we do?" The former Vice President is quoted in the Star.