By Qwetutimes (self meida writer) | 21 days 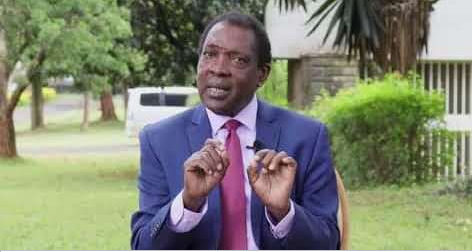 Political analyst Professor Herman Manyora speaking in a past interview.

Political analyst Professor Herman Manyora, has claimed that the Kikuyu community members who have been supporting Deputy President William Ruto, in his presidential bid to succeed President Uhuru Kenyatta have finally began to leave him slowly.

In a video shared in his YouTube account, Professor Herman Manyora said that despite the noise from Ruto's allied Member of Parliaments from Mt Kenya region such Rigathi Gachagua, the clear evidence is that the residents of the Mt Kenya region are beginning to pull out of 'tangatanga' political camp, heading to 'Kieleweke' team which is supporting President Uhuru Kenyatta.

He argued by saying that that's why the Ruto allies from the region are now moving around holding meetings, and claiming that they want to negotiate with Deputy President about the demands of the people from their region. According to him, that could not have happened if the residents could be still supporting Deputy President William Ruto.