It is alleged by opponents and allies that Raila Odinga is expected to make his fifth shot at the presidency in 2022 after he unsuccessfully vied in 1997, 2007, 2012 and 2017. He is however yet to make a public declaration on his presidential ambitions .

Insiders have however revealed plans that will see the former premier receive a major backing from the OKA principals should he vie for the presidency. OKA alliance is a ripening political coalition which brings together four party leaders of ANC , KANU, Wiper and Ford Kenya. These are Musalia Mudavadi, Gideon Moi, Kalonzo Musyoka and Moses Wetangula. 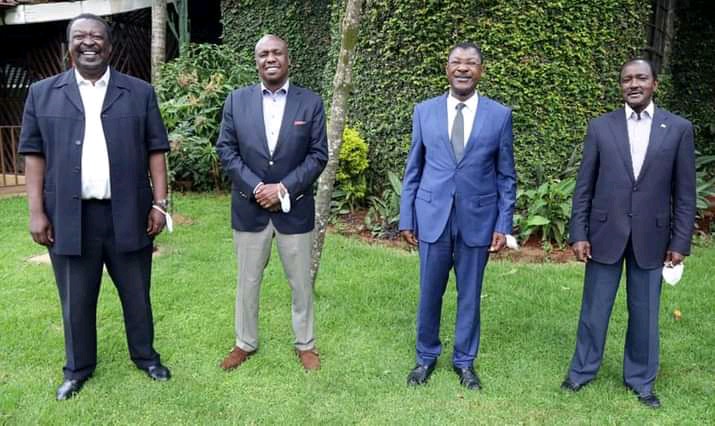 According to the Star Newspaper , Baringo county senator who was recently endorsed to be KANU flag bearer is said to have yielded to pressure to support Raila's presidential bid. Kalonzo Musyoka is also said to have accepted to support Raila Odinga's presidency but is in fear of backlash from his supporters should he drop the announcement. 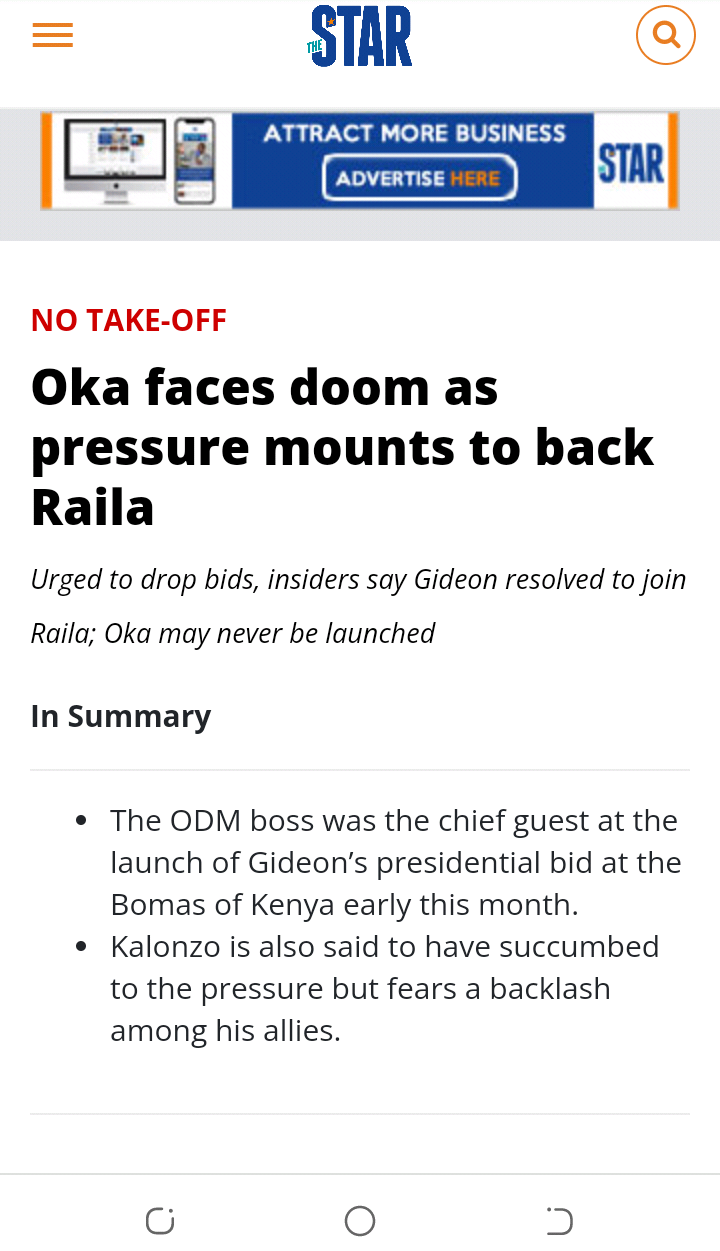 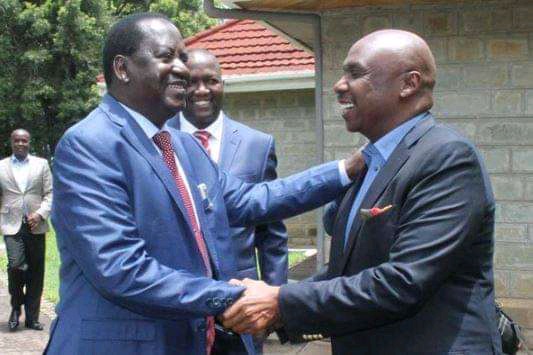 Raila Odinga was recently the chief guest in the launch of the KANU party presidential bid declaration at Bomas of Kenya where Gideon Moi was unanimously chosen to be the party's flag bearer.