By Kimlen (self media writer) | 1 month ago 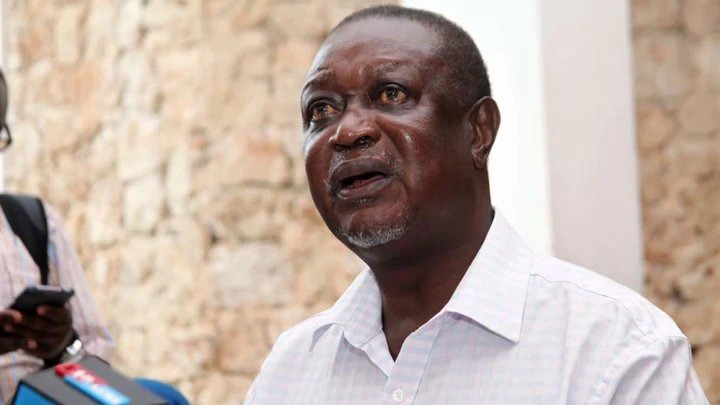 Siaya Senator-elect Oburu Odinga [Source: The Star]A week before the general election on August 9, EALA MP Oburu Odinga was sure that his brother, Raila Odinga, who was running as the Azimio La Umoja candidate, would win the presidency on his fifth try.

Oburu said that his family will tell Raila to leave politics if he loses the race to become the fifth president of Kenya after Uhuru Kenyatta. 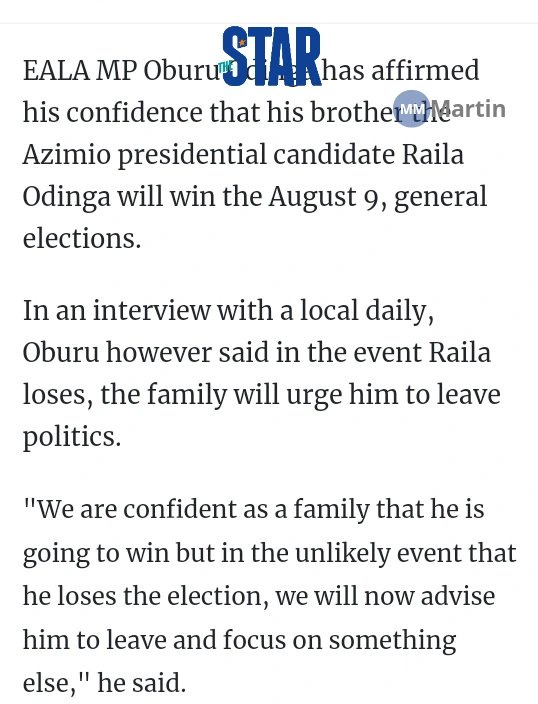 As a family, we're sure he'll win, but in the unlikely case that he doesn't, we'll tell him to leave and work on something else," he told the Star, which reported what he said.

In a tweet he sent out hours before IEBC chairman Wafula Chebukati announced the final presidential results, Oburu was hopeful. He said his brother was in the lead with 51 percent of the vote, and he was waiting to be named the President-elect. 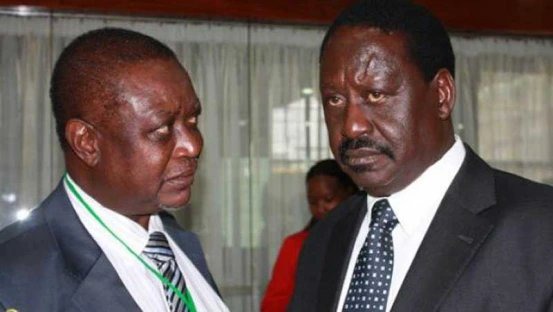 But as soon as Chebukati announced that Raila had lost to Deputy President William Ruto, Oburu said that the results were wrong because his brother had won.

Oburu, the Siaya Senator-elect, tweeted, "Eng. Raila ODINGA is the president-elect." That's it. " This was a hint that they would challenge Ruto's win at the Supreme Court. 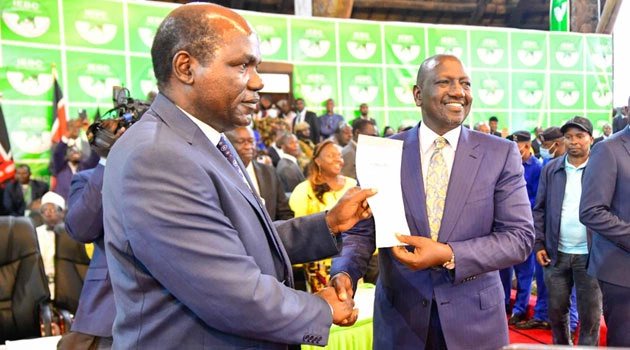 Saitabao Ole Kanchory, who works for the Azimio party, said earlier that there were "irregularities" and "mismanagement" in the election. 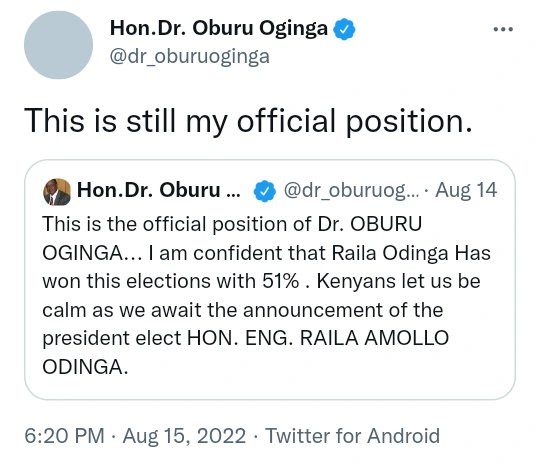