There was drama in Uganda on Tuesday after President Uhuru Kenyatta's men clashed with President Yoweri Museveni men during a meeting they were holding on impounded fish.

A delegate from Kenya led by Kenya's Ambassador to Uganda was being hosted by Uganda's State Minister for fisheries, Hellen Adoa when the meeting ended prematurely. 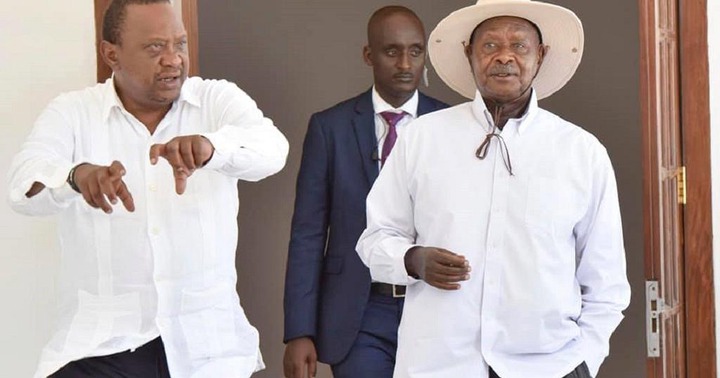 The two nations had agreed to meet and solve a few issues that resulted after the Uganda authority impounded fish from Kenya that were being transported to the DR-Congo via the Ugandan route.

Three lorries were impounded a few days ago and the meeting was to facilitate their release so that the fish consignment be delivered to DRC before going bad. 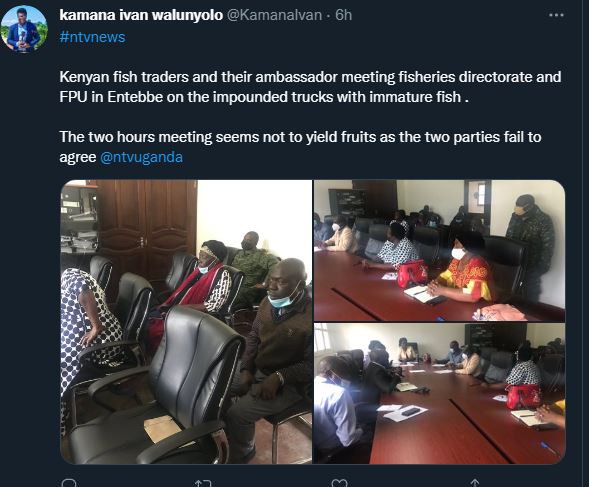 However, drama emerged when the officials from the two nations failed to reach an agreement

Kenyan team was head blaming Uganda for intimidation by holding their lorries that were ferrying perishable goods, the fish.

"We are tired of the harassment, very tired... if the Ugandan government cannot come in and help us," the Kenyan team was head saying. 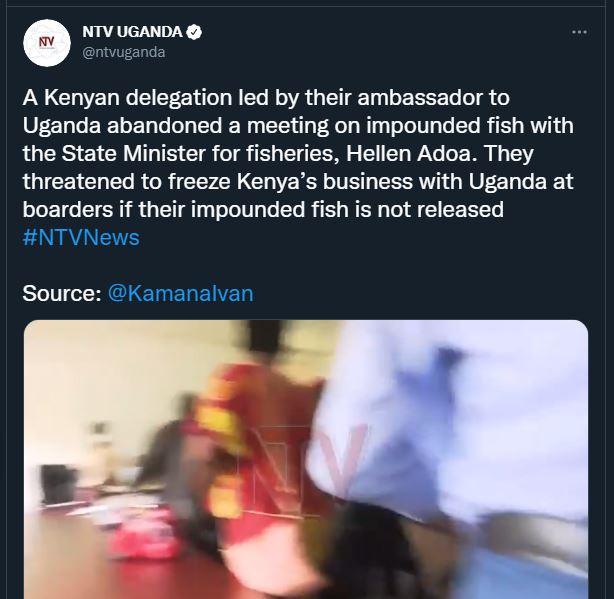 The Ugandan side, on the other hand, said they are on the good side of the law. They said Kenya was ferrying immature fish to DCR.

The Minister, Hellen Adoa, said the said fish are fished from Kenya, then smuggled to Kenya and repackaged before they are being transported to DRC as Kenyan fish 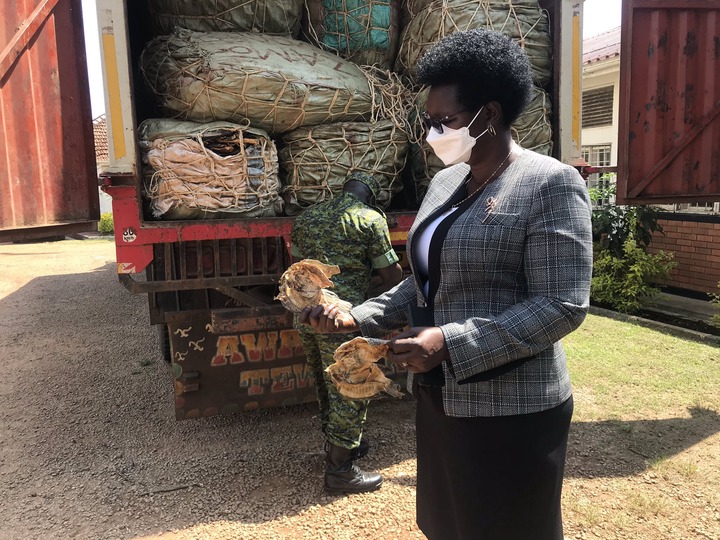 Traffic Police Officer Dies On The Spot After Being Hit By A Matatu Along Valley Road, Nairobi.