With less than 48 hours to the next general elections scheduled on Tuesday,9th August 2022, Kenyans have demonstrated their frustrations after the outgoing President Uhuru Kenyatta serving his last term instructed them to vote for Raila Odinga. 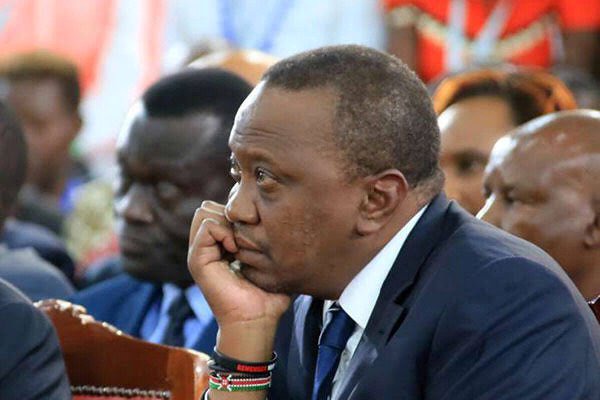 Speaking in Murang'a, Uhuru said that the majority of the locals and leaders in the Mount Kenya region fully support Raila Amollo Odinga's presidency and the Azimio brigades. President Uhuru has been campaigning for Raila during commissioning of his projects.

President Uhuru has been telling Kenyans not to vote for his Deputy Ruto alleging that he's a person who need not to be trusted in leadership position. He allegedly stated that the country will only be safe in the hand of Raila for he has the capacity to lead the country and take it to a better place unlike Ruto who has greed for leadership. 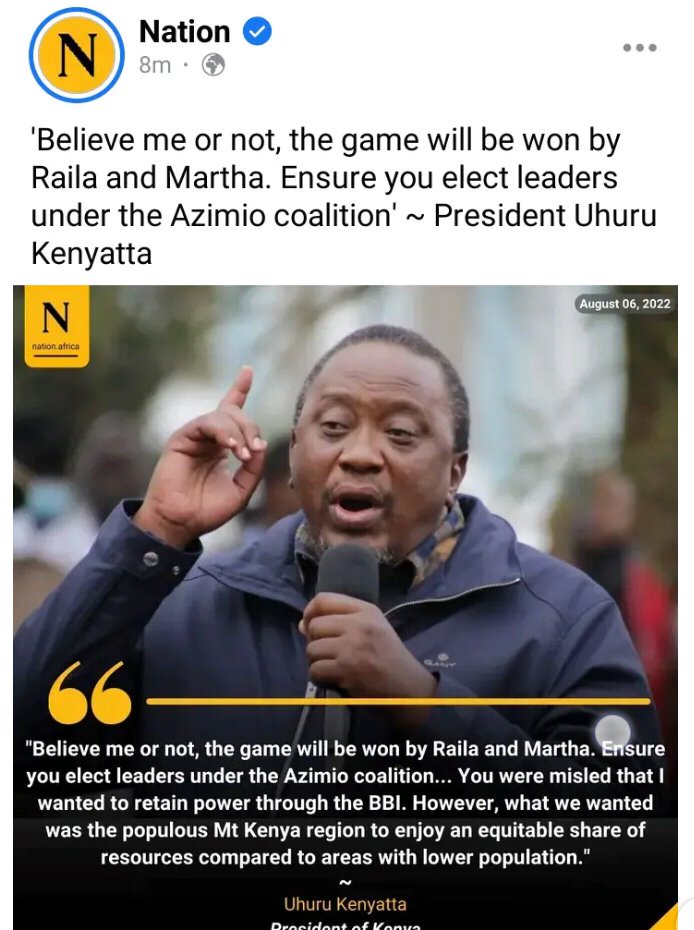 Uhuru also instructed the residents of Mount Kenya to cast their ballots for the Azimio leaders in advance of the election in order to reduce the likelihood that DP Ruto will receive even a single vote there.

His remarks on who Kenyans should vote has been criticized by many people alleging him not to decide to them on who they should vote . They have told him to vote for Raila himself Instead of telling them to vote for him. They have allergies that they will vote the president of their choice. 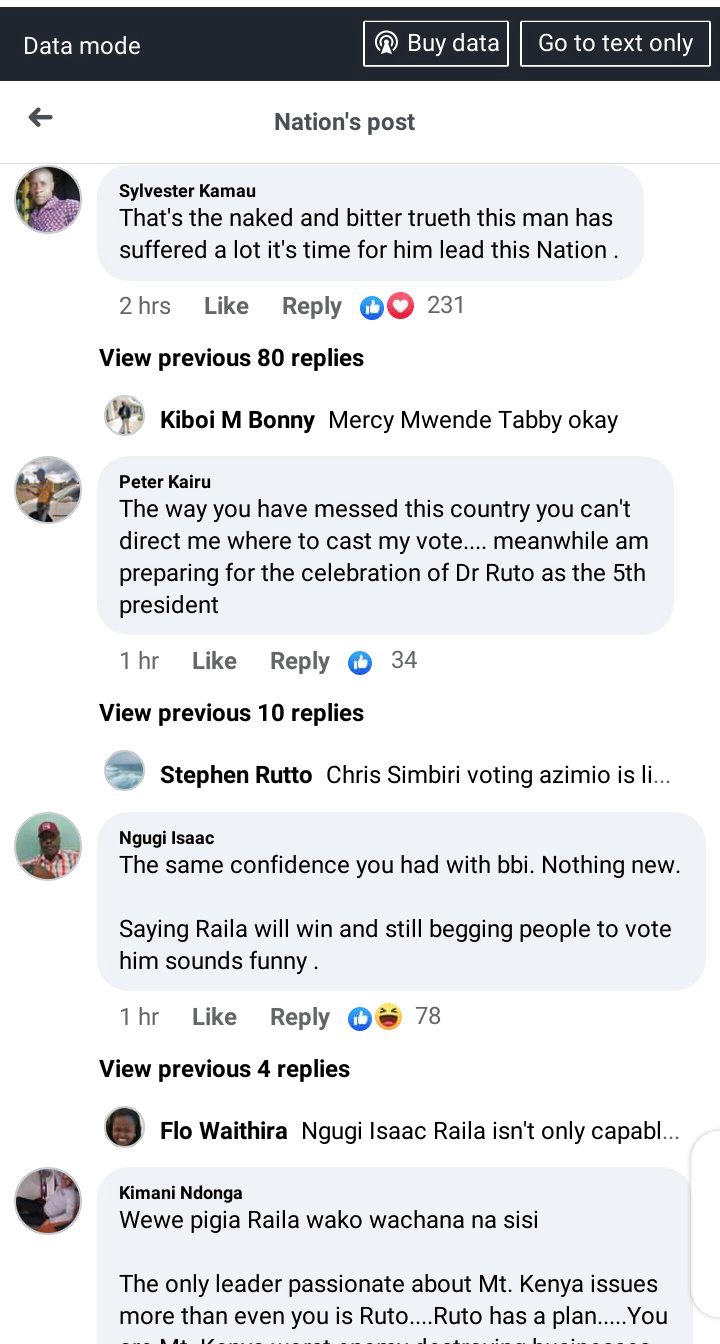 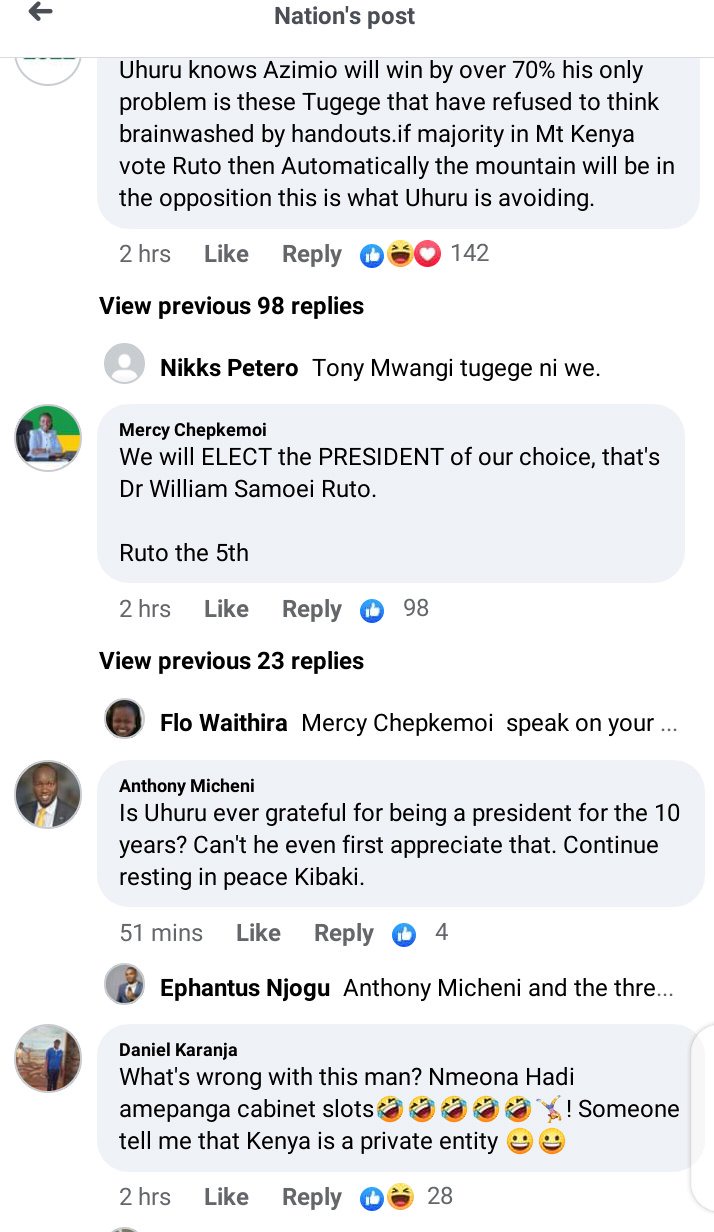 Deputy President Rigathi Gachagua Advice To Kenyans About Having Many Children.