By TimingNowKE (self media writer) | 8 months ago

Residents of Mahoo Ward in Taveta sub county Taita Taveta will be going to a by-election following the death of the Member of county assembly earlier this year. 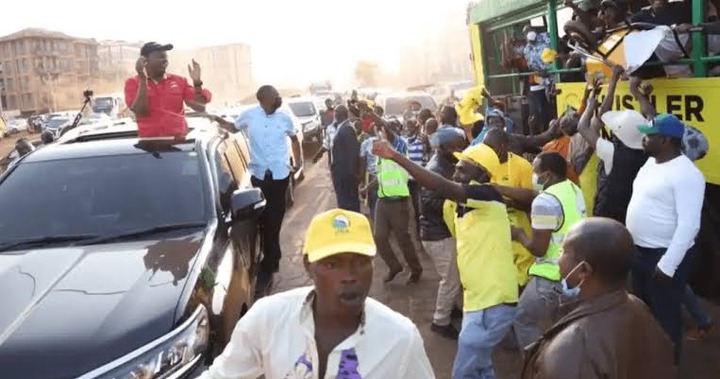 Mahoo MCA Ronald Sagurani succumbed to Covid-19 and the region will hold a by-election on 16 December this year.

With the contest likely to be a supremacy of prominent political parties in the country, now Former Kiambu Governor William Kabogo has announced that his party, Tujibebe Wakenya will field a candidate 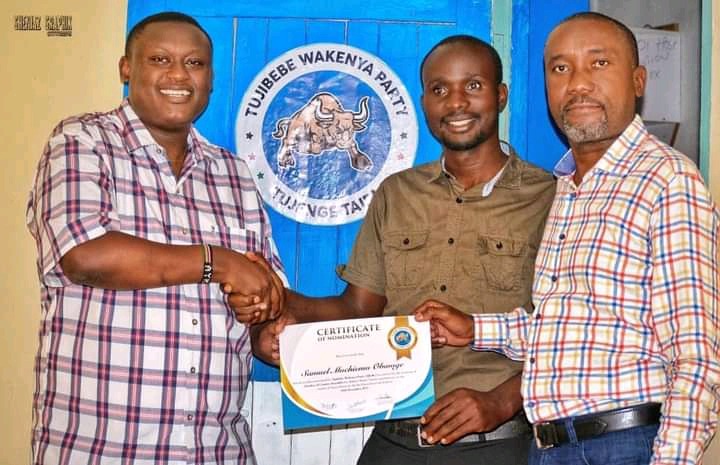 According to Kabogo who is also eyeing the presidential seat via the party, has revealed that Samuel Mochiemo Obwoge will run for the Mahoo Ward seat later this year. 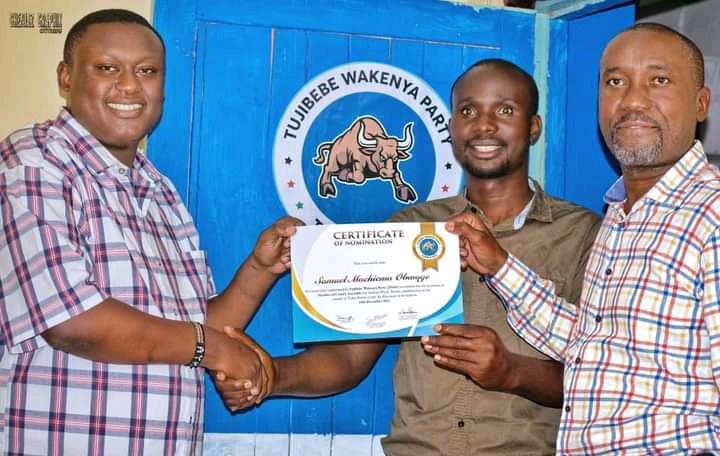 Samuel who is a youth leader has officially received his nomination certificate at the Jibebe Party offices in Taveta.

Kabogo has urged the residents of the region to come out in large numbers when the election will be held and throw their full support for his party's candidate.

"Samuel Mochiemo Obwoge who is a charismatic youth leader, has recieved his nomination certificate at the Jibebe party offices in Taveta and will fly the party's flag.

I urge people of Mahoo Ward to come to out in large numbers and a participate in the by election to be held on the 16th December 2021, support Hon. obwoge." Kabogo has said via his Facebook page. 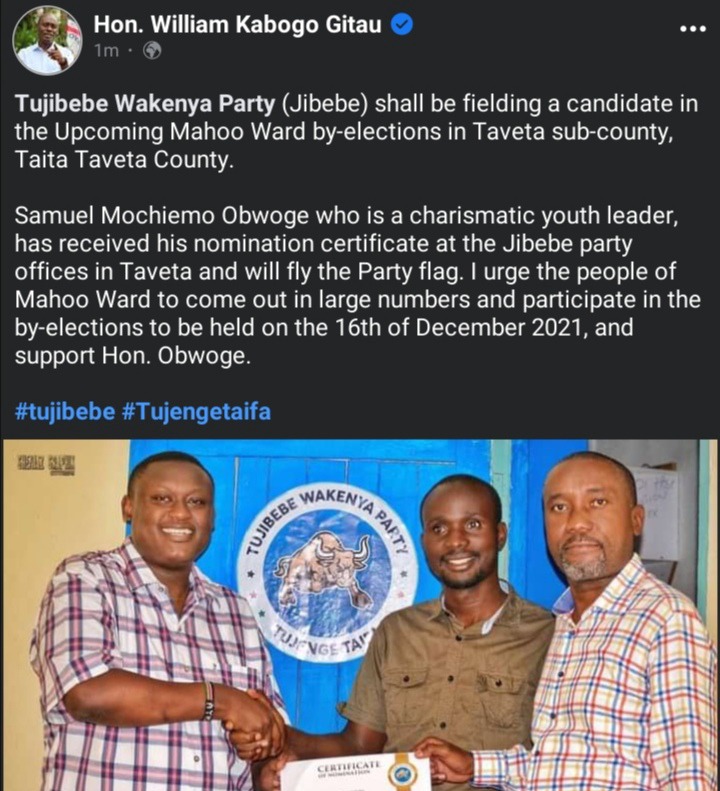 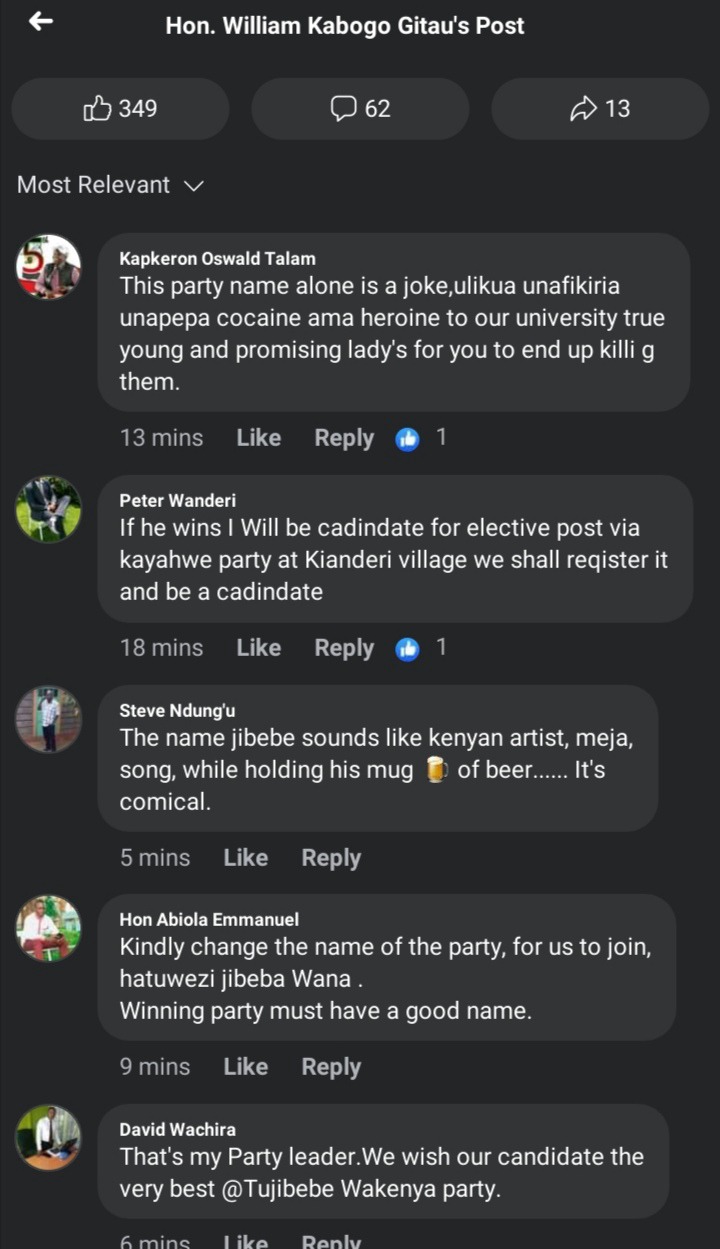 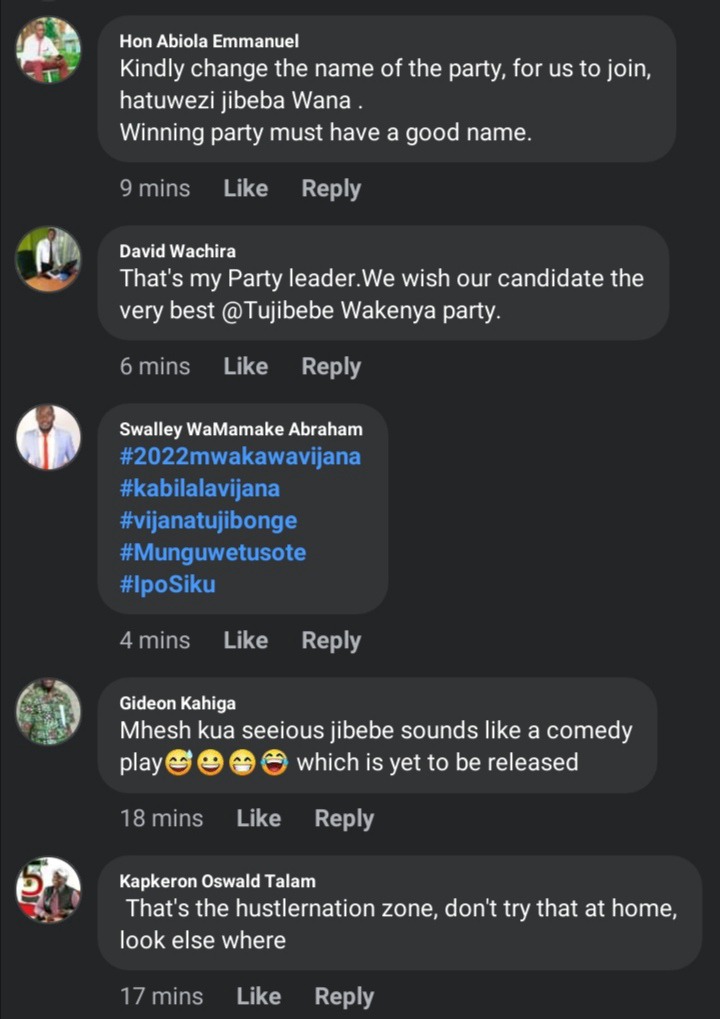