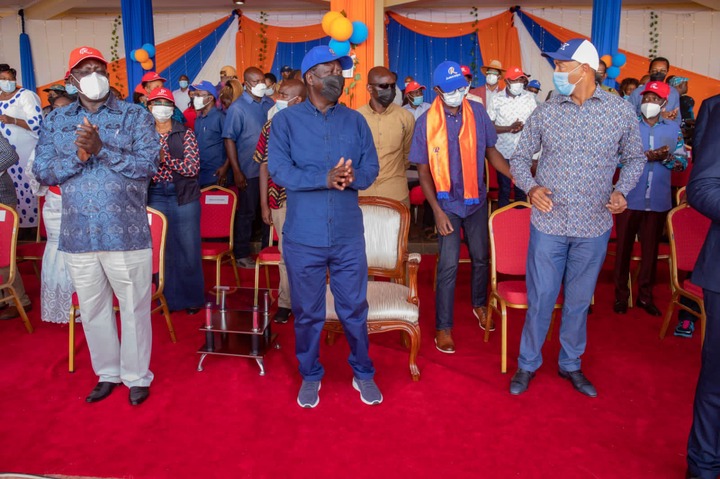 Raila together with his close allies from Mount Kenya held 2 meetings in Thika one at MKU grounds and the main event being at Thika Stadium.

Both events were fairly attended with Jubilee politicians and supporters being the majority. 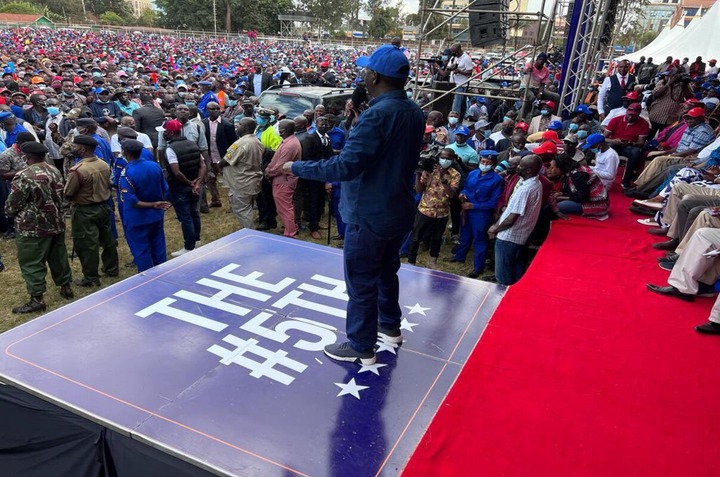 After the event, details have now emerged that not everything went ahead as planned. According to a publication by the Star, an impromptu disorganization while the event was underway disappointed several leaders.

The publication revealed that a powerful candidate from central Kenya was particularly unimpressed by the change of events as he was locked out of addressing the crowds.

Further, the leader was rumored to have mobilized and ferried supporters to the event to cheer on him when given the podium.

His move was entirely to dwarf his opponents. However, no politician apart from Kiambu Governor and MP were allowed to speak during the event. The MP was left frustrated by the event.

Raila Warned Against Picking Karua As His Running Mate