Today's mashujaa day celebrations will be held in kirinyaga with President Uhuru Kenyatta expected to meet face to face with his Deputy.

Kenyans will be keen to hear what the president will say especially about succession Politics given that this will be his last mashujaa celebrations before he leaves Office.

The guest of honor in today's event will be Malawi president Lazarus Chakwera who is already in the country.

Now who is Lazarus Chakwera?

President Lazarus Chakwera is a Malawian politician who made history by succefully contesting election results in his country aggainst the incumbent president.

Chakwera went on to win the repeat polls by beating incumbent president Peter mutharika with 58.7% of the vote.

Judges had to withstand much pressure from government functionaries to deliver their 'unfavorable' rulling.

An appeal against the rulling by president mutharika was rejected by the Courts on may 8 2020.

Malawi then became the second nation in Africa to annul presidential results after Kenya set the pace in 2017 when chief justice David maraga annuled the August polls.

However in Kenya's case, the Opposition then led by Raila Odinga boycotted the repeat poll which were won by the incumbent Uhuru kenyatta.

According to BBC, Zambia's case was unprecedented given that the opposition leader contested in a repeat poll and won against the government.

It's worth noting that president Lazarus Chakwera had contested against mutharika in 2014 but lost. 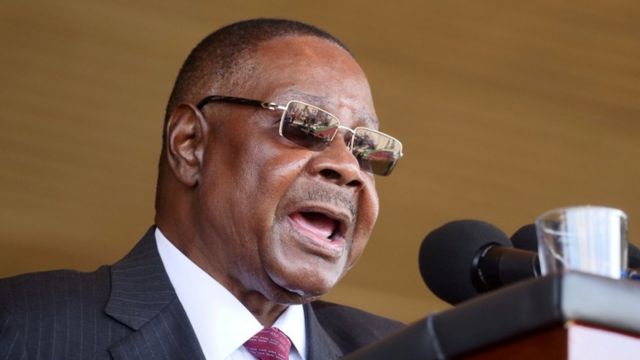 The Repeat poll saw former vice president Saolos Chilima who had fallen out with mutharika back Chakwera as running mate.

Chakwera leads a nine-party coalition, the tonse alliance and had the backing of the former president Joyce Banda.

President Chakwera is a pastor by profession having served as an assemblies church school of theology as a lecturer. He studied theology in South Africa and united states of America.

Locally, the deputy president William Ruto is largely seen as an Opposition leader having fallen out with his boss. Will he overcome the handshake Alliance in 2022?

Feel free to share your thoughts and comments on this on our comments platform below.