Most Educated Member of Parliament In Kenya

By Maulodaniel (self media writer) | 4 months ago

Paul Ongili Owino, also known as Babu Owino, is his name. He was born in Nyalenda, Kisumu County, on October 10, 1989. He is well-known in Kenya as a politician, youth activist, lawyer, and activist. He is the Member of Parliament for the Embakasi East subcounty and a staunch supporter of Azimio. He is also recognized as a bright and straight-talking lawmaker who rose to prominence as the most powerful and longest-serving SONU chairman during his time at the University of Nairobi. 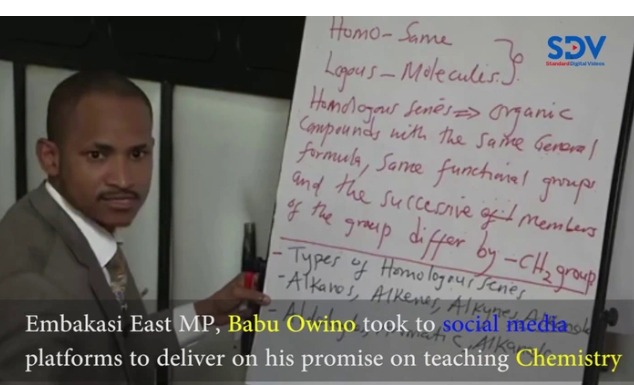 Babu Owino is one of Kenya's most well-educated legislators, holding two PhDs, three degrees, and seven diplomas. Babu had been a highly bright person since he was a child, having come from an impoverished family who encouraged him to work hard. He was summoned to Mang'u highschool after scoring 394 in the KCPE, but due to limited fees, he was given the opportunity to enroll at Kisumu highschool, where he received an A-. 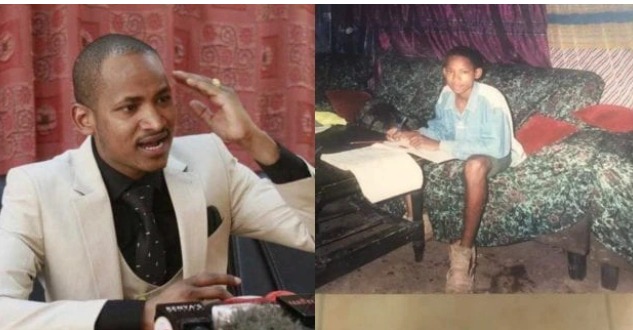 He was then invited to Moi University, but he didn't like it, so he went into agribusiness and saved enough money to enroll at University of Nairobi in 2008. He began studying Bachelor of Science in Actuarial Science in that year and graduated with honors in 2012. In 2013, he returned to the same university to study law, earning a second-class honors degree. He is claimed to have been studying for his diploma at Millennium Academy. He's also known around the world for his online 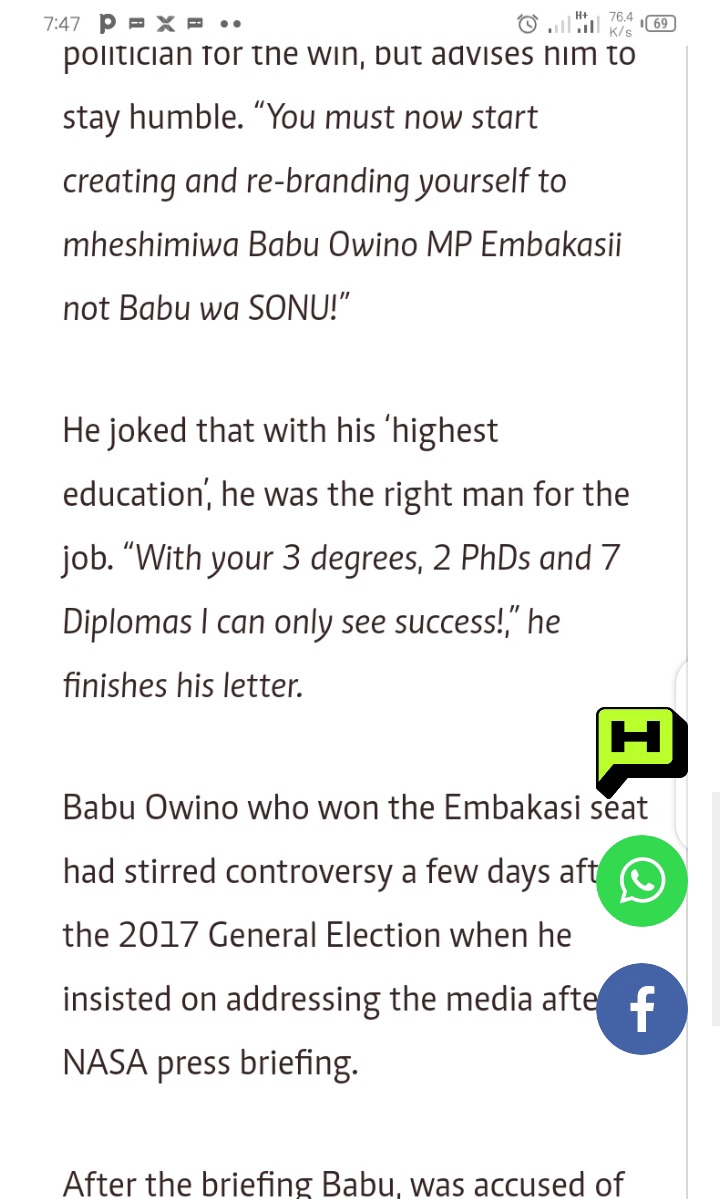 Content created and supplied by: Maulodaniel (via Opera News )