The 2022 presidential race is already at its peak as the political bigwigs are seen roaming across the streets of the country Kenya campaigning hunting votes to inherit the presidency seat that is set to remain vacant in August. This is when President Uhuru Mwigai Kenyatta who was first elected during the 2013 general elections shall be retiring upon the completion of his two-terms. 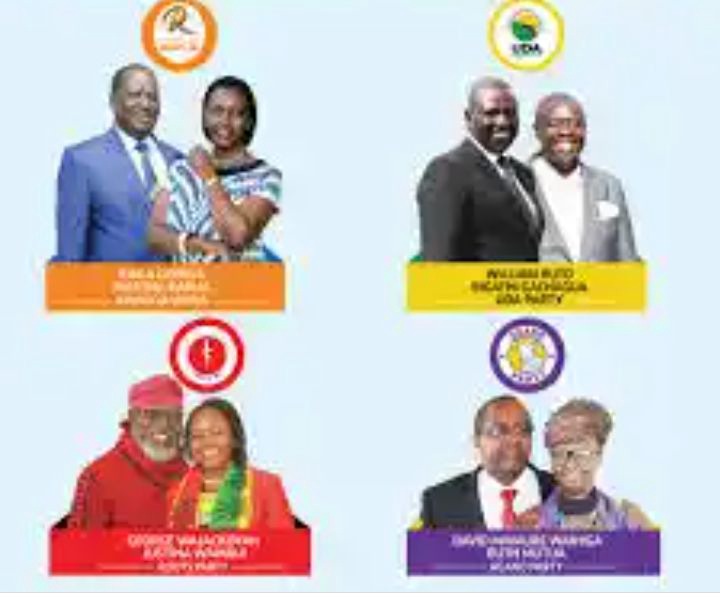 From the above list of the presidential candidates, the former prime minister Honorable Raila Odinga and Deputy President William Samoei Ruto are seen as the top contenders for the forthcoming battle. This is due to the fact that they have made inroads for their political parties in many parts of the country Kenya.

According to the news by Baringo Capital News, the Roots party leader might be blocked from vying for the presidency seat. The news leaked that there's a petitioner who had gone to court claiming that Wajackoyah had a dual citizenship. He added that Wajackoyah ones vied for MP in UK a clear indication that he is a British citizen. But he was disqualified because he didn't have a wife. 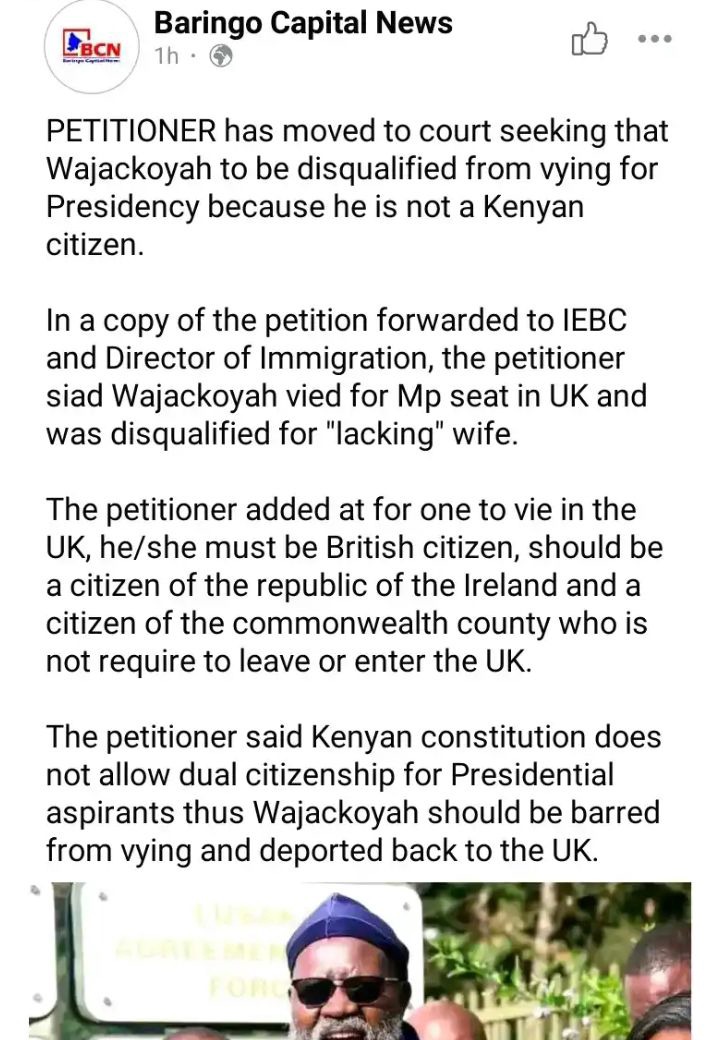 The petitioner argues that Kenyans constitution does not allow one to vie for presidency with dual citizenship.

Should the court take this into consideration then Wajackoyah might be barred from vying for the top seat in the forthcoming presidency race.