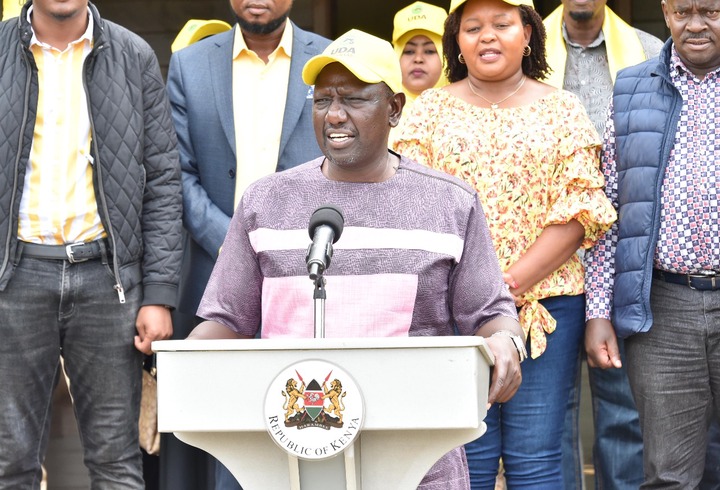 It's now emerging that Deputy President William Ruto has finally acknowledged that his party is indeed losing support in some parts of the Mt Kenya region.

This is the complete opposite of what was the case a few months back, when the party was considered totally invincible in that part of the country.

But it's reported that he has realized that things are not the same like before, especially in Nyandarua County, after his recent tour of the area.

Those close to him told Daily Nation that Ruto was not happy with the low turnout and the shouting down of some UDA aspirants, hence the conclusion.

Ruto, the paper has established, believes that the changes are being caused by intense campaigns by troops of the the ruling Jubilee Party in the area, which are reversing UDA's gains there. 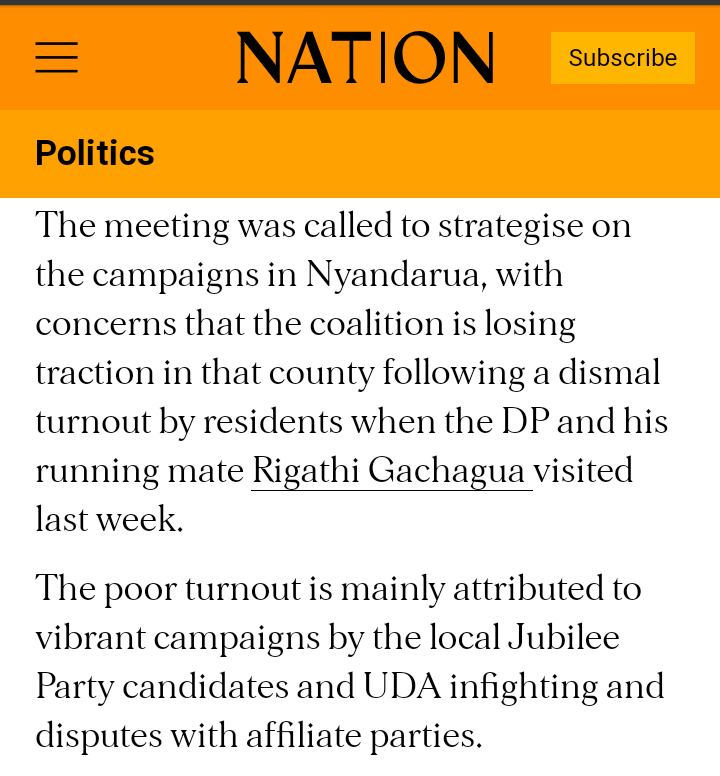 It is for this reason that Ruto on Monday called in his allies allied to UDA for a meeting, amid fears that residents now preffer aspirants vying on the other Kenya Kwanza affiliate parties over UDA ones.

Nyandarua Woman Rep Faith Gitau, one of those who attended the meeting, confirmed that it happened, further defending UDA over the ongoing wrangles in Kenya Kwanza, where it's accused dominating the other parties affiliated to the alliance.

She told the paper that the affiliate parties of Kenya Kwanza need not be angry with UDA for only campaigning for its candidates during such rallies as this is merely an issue of common sense.

Gitau, one of those who were shouted down during Ruto's tour, told the paper that every party has the responsibility to campaign for its own candidates and there shouldn't be issues about that.

“We understand that we are in a coalition with other parties, but as UDA we have our candidates [and] ours is to market and strengthen our parties,” she said.