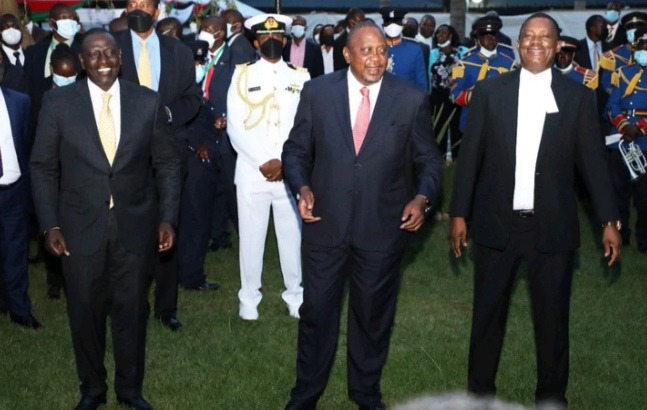 Kenyans' eyebrows were raised when the president was joined by his deputy for a dance with the Binge Choir during the eighth state of the nation speech. Since the handshake that gave Raila Odinga a large chance of sharing goodies with President Kenyatta, which was deemed a betrayal, the two have been at odds for nearly three years. Uhuru Kenyatta and William Ruto were seen and videotaped enjoying and dancing together to Bungee Choir music. He's also with Hon. Justin Muturi, the speaker of the National Assembly and a close friend of the president, among others. 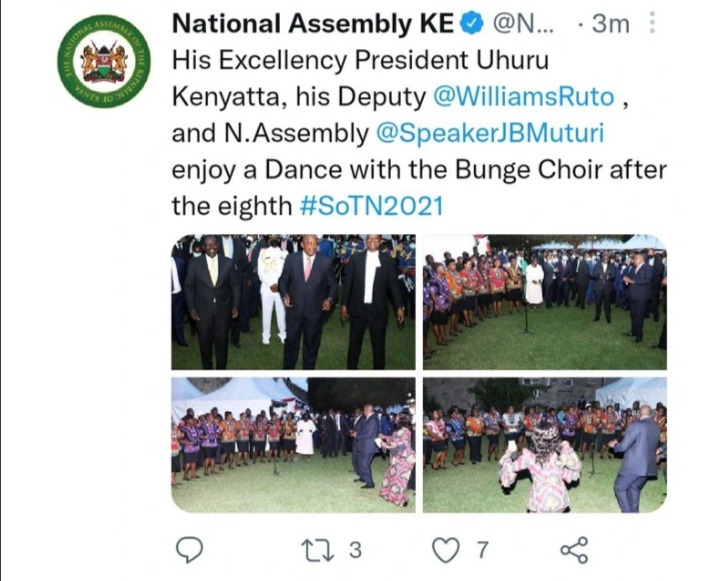 Raila Odinga, on the other hand, is not part of the late-night entertainment that brings the two together. This has sparked widespread anxiety among Kenyans, who believe the president and his deputy are planning a ruse against Raila Odinga as the 2018 elections approach. The dance takes place just hours after the president delivers his annual State of the Union address to the nation. 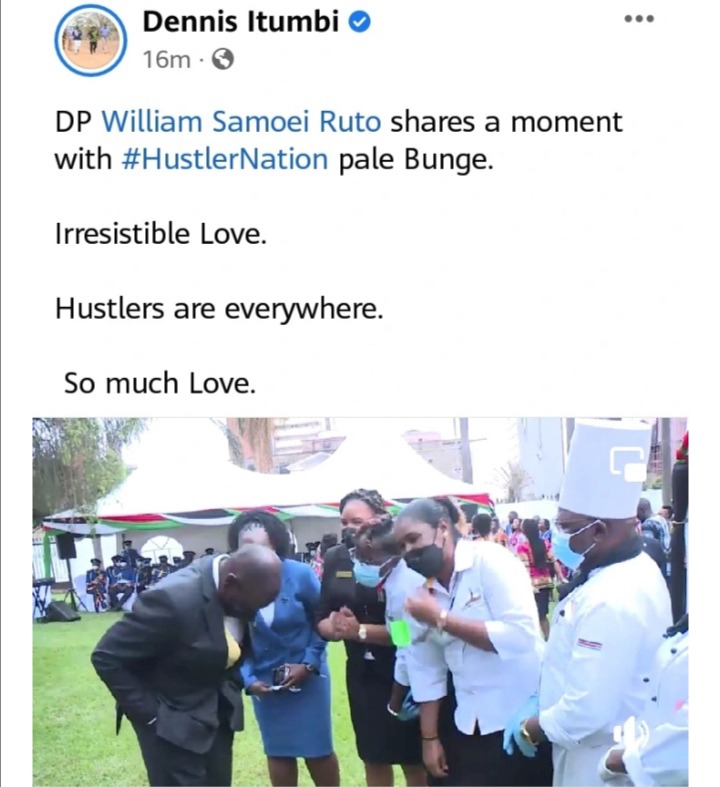 President Uhuru Kenyatta read his yearly presidential national address yesterday in the presence of a large number of leaders. During his speech, the president emphasized some of the projects and major initiatives that his administration has completed over the last few years. However, a viral video has surfaced depicting what happened at the after-party, where the leaders attended a service. Several kitchen employees approached the unselfish deputy president in the video, and they couldn't disguise their delight as they chatted with him. Despite his security concerns, William, the deputy president of Covid-19, met the jubilant Hustlers. The viral video uploaded by Dp Ruto's close ally, Dennis Itumbi, has gotten a lot of attention. 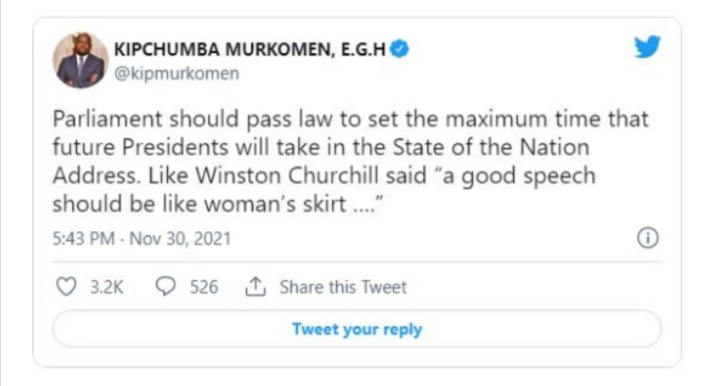 MPs are left in stitches as Uhuru complains about his long and exhausting speech:

President Uhuru Kenyatta said his State of the Nation address was too long and exhausting. "I'm trying to keep it short; even I'm weary," he joked, eliciting laughter from the MPs. Uhuru remarked this as he gulped water after reading his address for more than two hours while standing outside the Parliament premises. While the MPs continued to laugh, Uhuru continued his speech, taking stops to relieve his dry throat. Uhuru had read the first portion of his address to the MPs before protesting, and informed them that it was only the beginning. "This is only the beginning phase," he remarked, smiling at the giggling MPs. Senator Kipchumba Murkomen of Uasin Gishu was among the legislators who complained about the length of the speech.