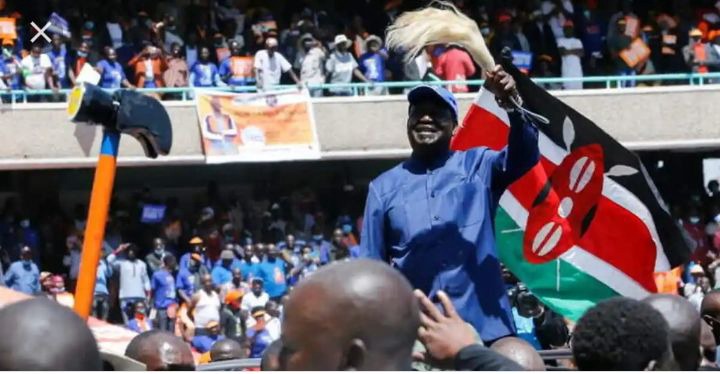 The number of days left to the next general polls are almost elapsing. Many political contenders from different regions of the country Kenya are already out campaigning hunting votes to inherit various elective political positions as MCAs, MPs, Senators, Women Reps and Governors.

The presidential race on the other hand is also not left behind as it has attracted many contenders who are all warming up to receive the presidency baton from President Uhuru Kenyatta who is currently serving his last term in the office.

President Uhuru Mwigai Kenyatta was first elected during the 2013 general elections. He was reelected in 2017. According to the Kenyan constitution, he will be expected to exit the presidency office in August. This is when he shall have successfully completed his two-terms. 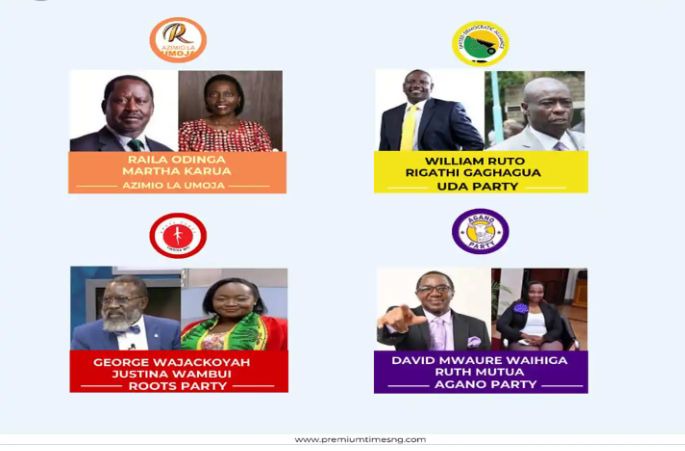 This is due to the fact that they have made inroads for their political parties in many parts of the country Kenya making them more popular than others.

With only 34 days left to the next general elections, Azimio camp reaped big again yesterday after another prominent politician from the Mulembe Nation joins Azimio through the DAP-K party.

According to the post in the DAP-K party official Twitter Handle, the DAP-K party leader honorable Wamunyinyi who took his grassroot campaigns to Sango and Mechimeru areas, received a prominent leader into his party.

Honorable Wamunyinyi received the former councillor honorable Richard Makhino into the Azimio camp through the DAP-K party and the new Azimio member vow to back Odinga's presidential bid in the forthcoming presidency race. 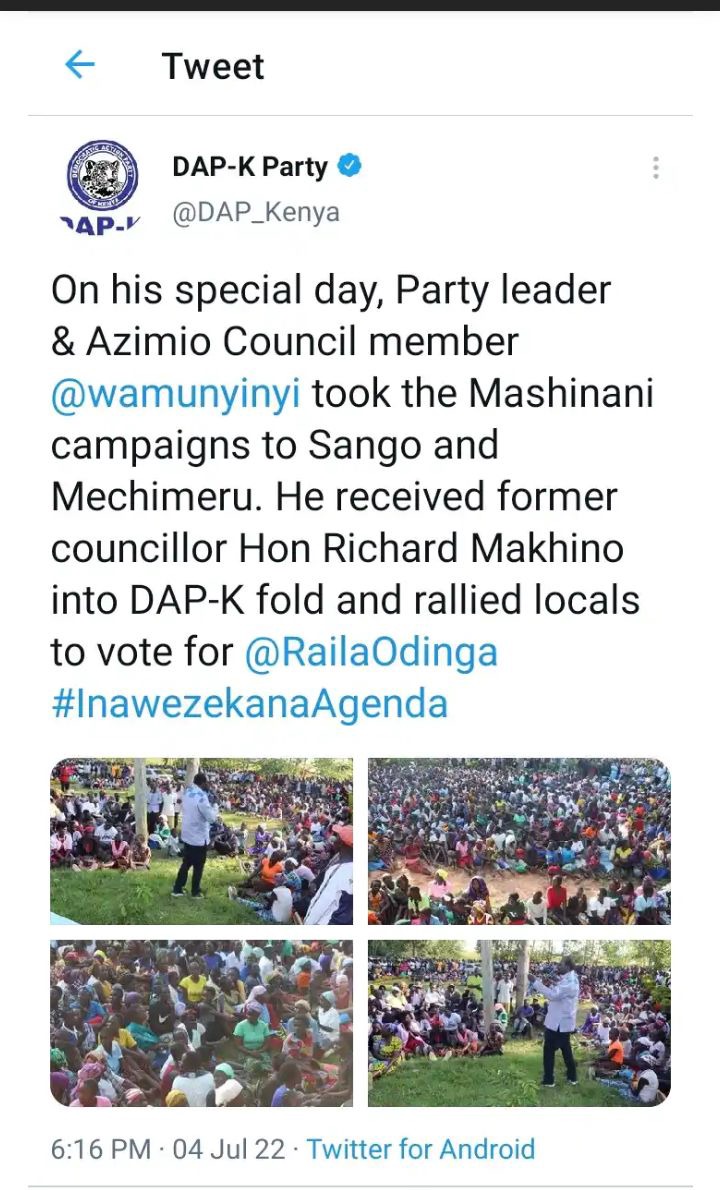 "Kenya Will Move on.... It is that Simple" Mutahi Ngunyi Speaks on DP Ruto's Win