By Lynmedia (self meida writer) | 1 months 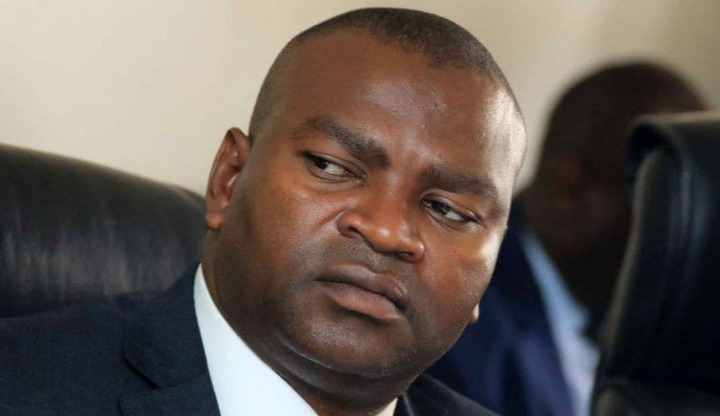 The former CS Rashid Echesa was arrested was arrested on Friday after surrendering to the police. The Inspector General Of Police Hillary Mutyambai had issued a directive that Echesa give in to the police by 1:00 pm on Friday failure to he be treated as an armed and dangerous criminal. He had been on the run since Thursday's ugly incident of slapping an Independent Electoral and Boundaries Commission election official in Matungu.Echesa has since denied ever assaulting the IEBC official and insists that the action had been edited to project him as violent. He said, “Our agents had been thrown out and I wanted to know who had issued instructions to that effect.” he said, “I didn’t not slap anybody.”

Speaking to journalists from Nation his cell at Gigiri Police Station,Chesa has blamed his harassment on politicians who want to intimidate him for ardently supporting the Deputy President Dr William Ruto. The defiant Echesa has downplayed his detention claiming being born and raised in the ghetto being in the cell is not a big deal and that he is in a familiar territory. He said that no amount of instigation by his political enemies will cow him from supporting Deputy President William Ruto’s 2022 presidential bid. He further questioned the manner in which he was moved to Nairobi in a convoy that included a contingent of nearly 60 police officers drawn from the General Service Unit terming it as a pure misuse of public resources. 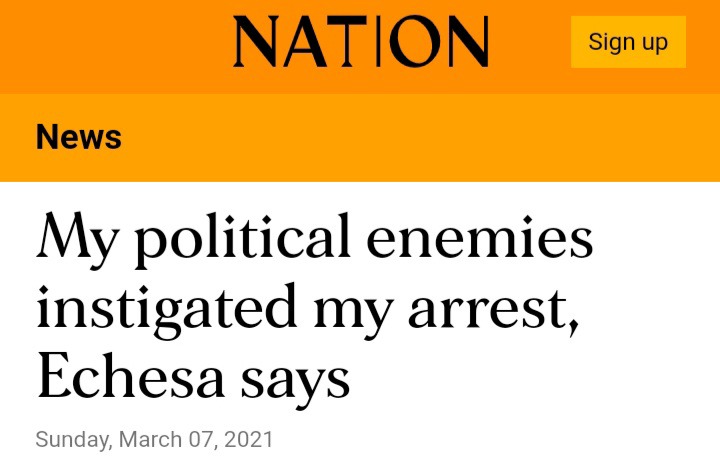