The state supreme court has declared Section 22 of the Election Act requiring aspirants for Parliamentary and MCAs seats to own a degree from a recognised university unconstitutional. 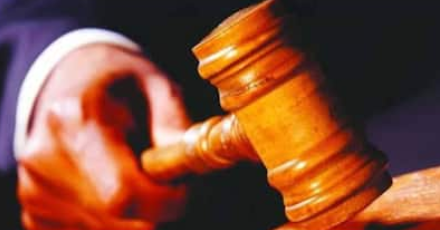 Justice Anthony Mrima made the ruling today, Friday, October 15, after two petitions were filed in court seeking to own section 22 of the Election Act that needs aspirants for Parliamentary and MCAs seats to possess a degree from a recognised university unconstitutional. 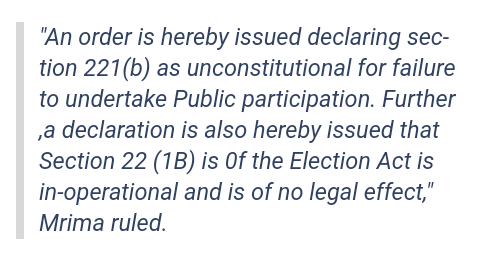 The petitions were filed by the County Assembly Forum (CAF) and 6 others.

County Assembly Forum, which represents MCAs, had argued that it's unfair to subject them to the identical qualifications as MPs. Through lawyer Tom Ojienda, the MCAs argued parliament shouldn't have set the identical criteria as MPs, governors, and also the president as their roles and functions are different.

He submitted that taking under consideration the last population census, some counties and wards are misrepresented if the amendment is upheld. He singled out Mt Elgon in Bungoma county, which he said doesn't have one MCA with a university degree. Ojienda further told Justice Mrima that MCAs don't earn the identical salaries or perform the identical functions as their superiors.

They argued there was no public participation conducted by parliament before the law was passed. The Independent Electoral and limits Commission (IEBC), the Respondent within the case, had asked the court to dismiss the matter, saying that removing education qualifications for all elective and nominated positions would be absurd.

In other petitions filed, the petitioners argued that Section 22 of the Elections Act 2011 did not recognise any sort of training or competence apart from a traditional degree from a recognised university.

The petition filed by Sheria Mtaani and lawyer Shadrack Wambui argues that the Covid-19 pandemic disrupted the educational year 2020, therefore hampering and frustrating many Kenyans who wanted to possess their degrees by this year. an analogous petition had been filed at the National Assembly calling for a repeal of Section 22(1)(b) of the Elections Act, 2011, requiring those vying for elective posts to own a degree.

The National Assembly’s Justice and Legal Affairs Committee is currently considering views from members of the general public on the petition.

They also argued that the university degree requirement would make political leadership a preserve of the elite.