Just in; Good News To Ukraine as Biden Gives $800m To Hold Off

By Melkynews (self media writer) | 3 months ago 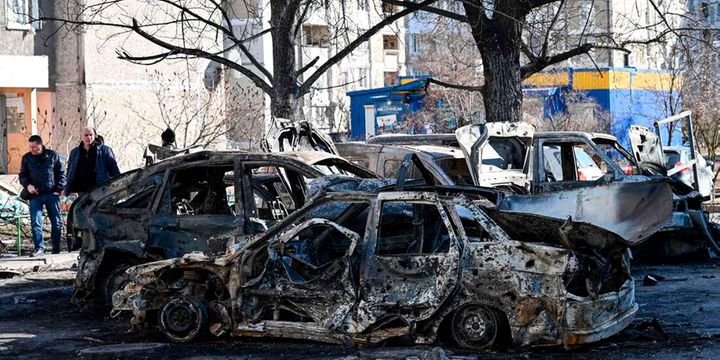 The conflict between Ukraine and Russia has lasted more than two months, with several deaths reported.

New information came as US President Joe Biden unveiled a $800 million military aid package for Ukraine on Wednesday, as international prosecutors labeled the war-torn Western ally a crime scene amid worries of a big Russian invasion, according to the source.

This follows Russian threats to attack Ukraine's command centers. The Russians invaded all three cities in Ukraine, causing almost 4 million people to flee the country and a number of alleged fatalities.

NATO has attempted to combine the two countries, but all efforts have failed due to a lack of weaponry and military in Ukraine.

As Russians face scrutiny over atrocities revealed in towns abandoned by their forces, Biden has accused President Vladimir Putin of genocide. 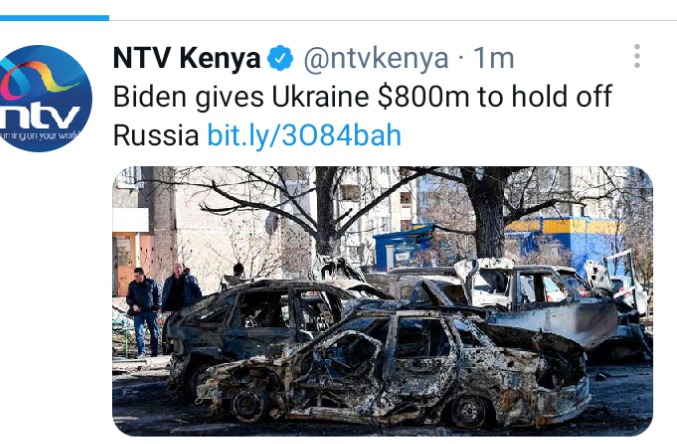 The next supply from the United States will include armored personnel carriers, helicopters, and some of the heavier weaponry that Washington previously declined to deliver to Ukraine for fear of escalating the confrontation with nuclear-armed Russia.

Chebukati To Announce Presidential Winner After Finishing Confirmation of Results