Kenyans React After Chebukati Unveiled Details Behind The 0.01% Error

On Monday, August 15, 2022, the results of the presidential election were announced. Wafula Chebukati named William Samoei Ruto as the new president. But four IEBC commissioners, led by the vice chairwoman, Juliana Cherera, said they didn't agree with the results and didn't accept them. 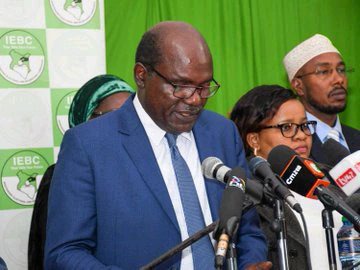 Wafula Chebukati took the picture (left). Lucy Cherera (Middle) Yesterday, Juliana Cherera talked about some of the reasons why the four IEBC commissioners did not agree with the results. One of the most important things was that there was a mistake of 0.01%, which Juliana said was equal to about 142,000 votes. Kenyans and different media sites told Juliana that she was wrong after they did the math and found that 0.01% only added up to about 1420 votes. This was not a big deal because the error was caused by rounding off percentage numbers.

Today, Wafula Chebukati said that the four IEBC commissioners were against him because they wanted the elections to be redone. But he had to do what the Constitution said he had to do and give the correct results. 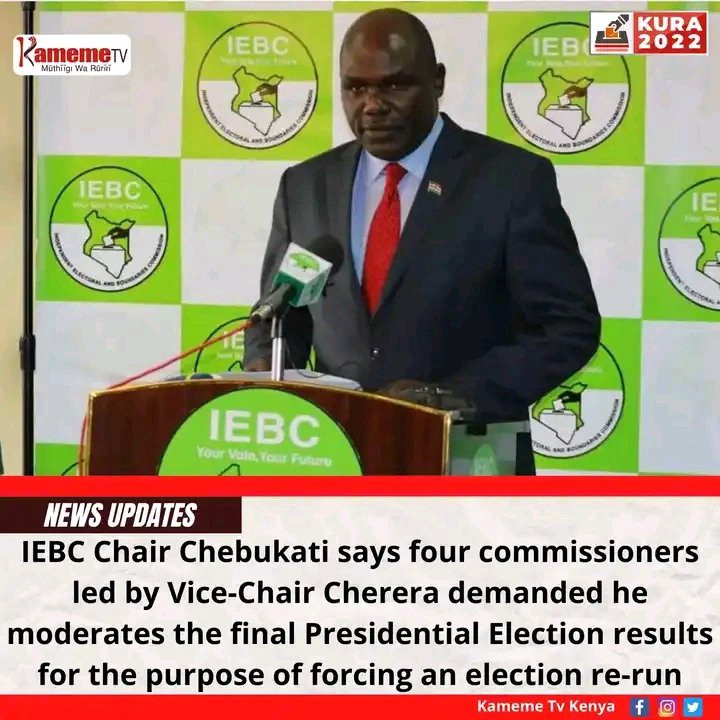 Kenyans have praised Chebukati online, saying that he is a hero who chose to do the right thing. You can say what you think about what Chebukati said. 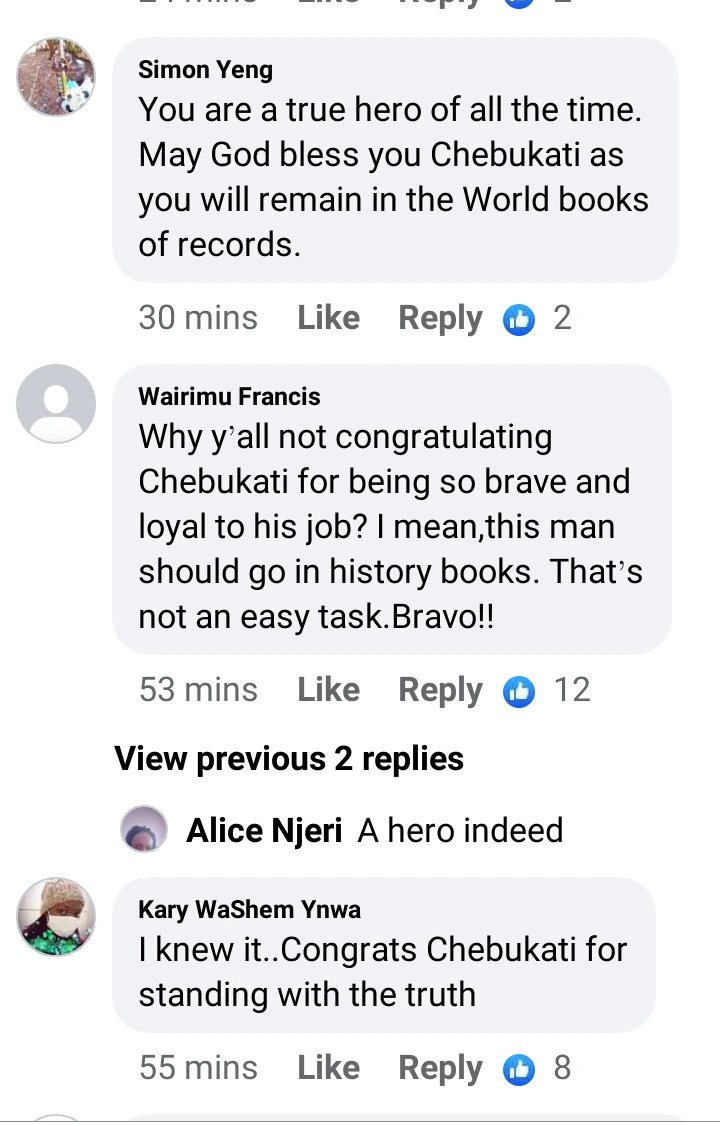 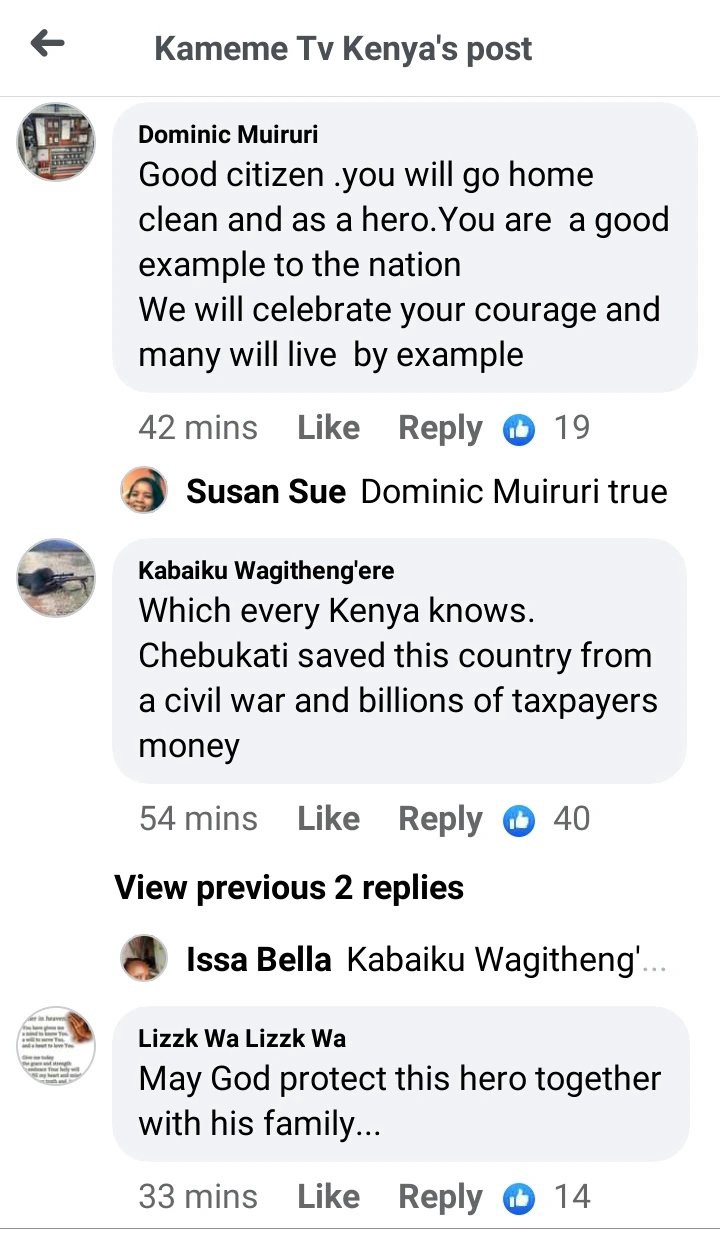 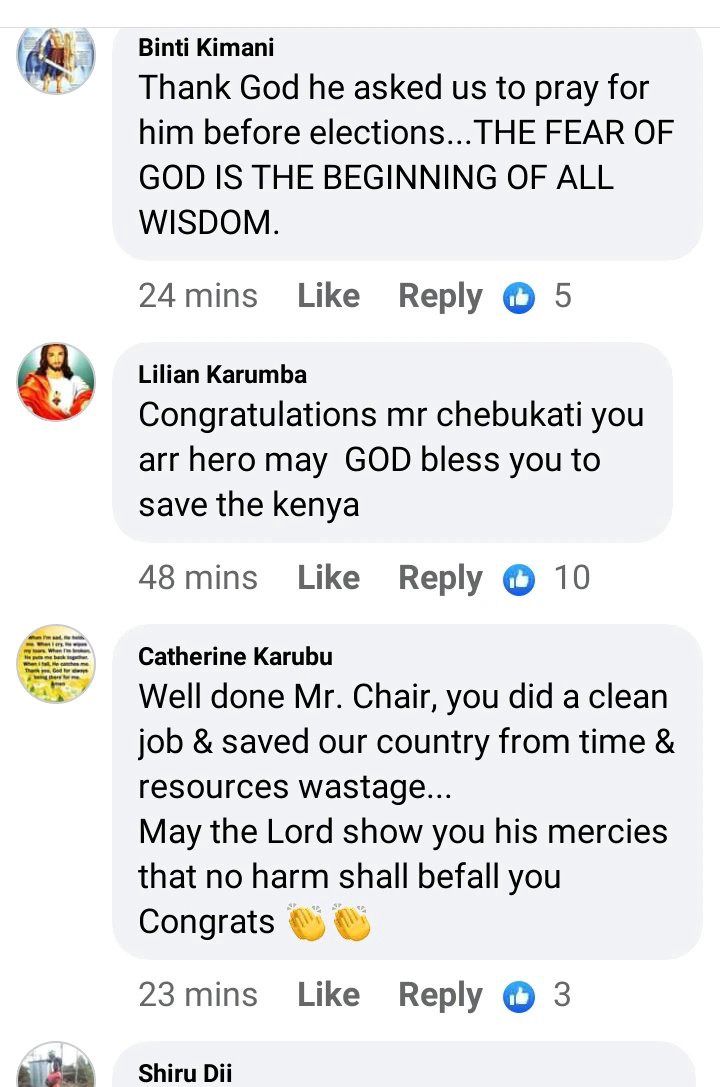