Ruto's Cabinet In Trouble as Popular CS Threatened to be Removed

By Chennie'sMedia (self media writer) | 2 months ago

Pokot South Member of Parliament Hon. David Pkosing now says they are ready to collect signatures to be used to impeach the Trade Cabinet Secretary Hon. Moses Kuria tomorrow amid the current controversy over GMO maize which arrived in the country on Tuesday 22 November 2022 morning. 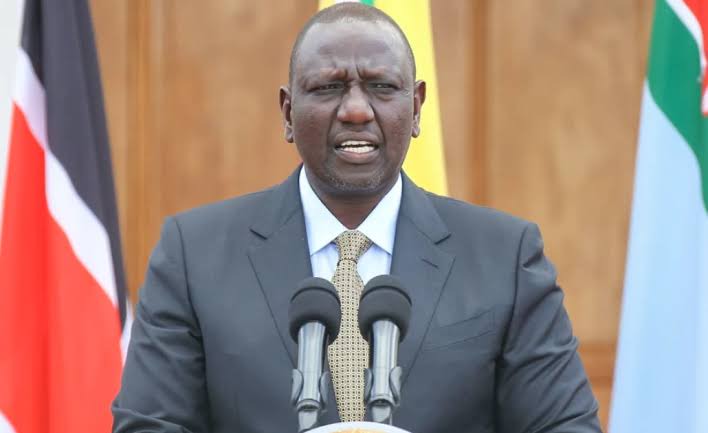 Speaking to KTN TV, the lawmaker echoed the sentiments of Nandi Senator Samson Cherargei that the CS allegedly ordered the importation of GMO maize, which has been criticized by both allies of Kenya's Kwanza government and the opposition.

The lawmaker rejected the current move, adding that Trade CS did not get approval to instruct the importation of maize, adding that Parliament has long been a chamber that agrees with what is good for Kenyans and rejects what is not good. for them.

Following the arrival of the maize in the country, a section of the members of parliament this afternoon filed a motion to object to the importation of the maize adding that part of the region across the country i.e. Western Region, Trans Nzoia and Uasin Gishu districts are the current harvest.

Honzo Pkosing noted that the CS Kuria is handling sensitive matters without involving the necessary parties, adding that they will not remain silent as they watch Kenyan farmers and other food producers nailed by the same government that promised to protect them.

The lawmaker in conjunction with other MPs agreed in Parliament today for CS Kuria to appear before the panel and to account for the step he took to rule on matters affecting Kenyans.

A few days ago, Orange Democratic Movement (ODM) leader Raila Odinga spoke on Citizen TV and expressed his anger at Kenya's Kwanza government and President William Ruto, who he claimed was being used by Europeans to import GMO maize, which is healthy. danger to Kenyans. 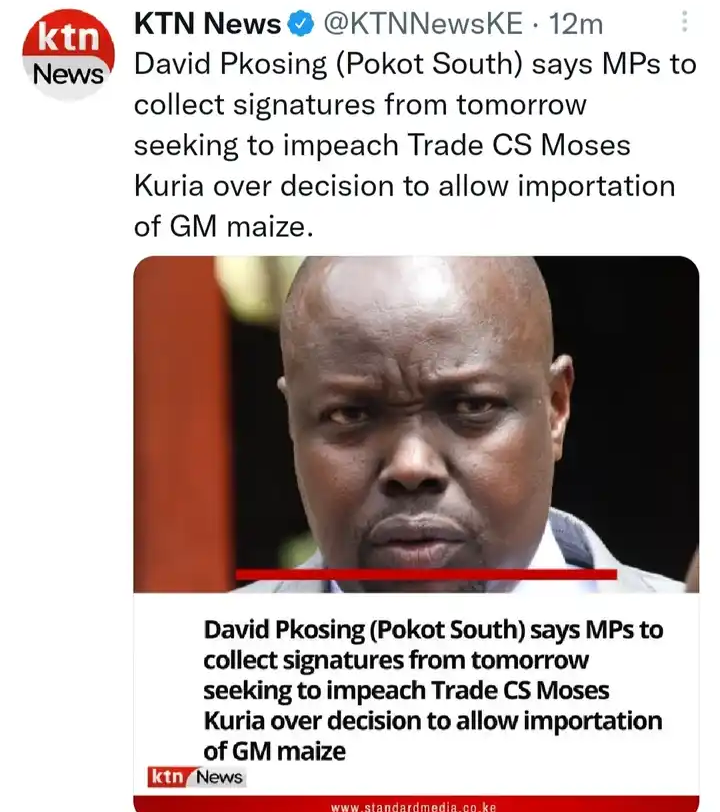 Raila called on Kenyans to oppose the consumption of GMO product, a move Parliament has taken under the spotlight to reject future food imports and instead promote local production.

Content created and supplied by: Chennie'sMedia (via Opera News )