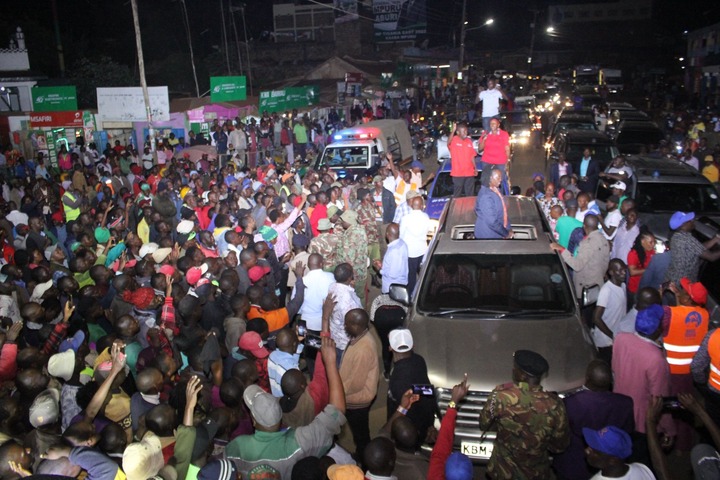 The Tuesday evening heckling of Azimio One Kenya Alliance running mate Hon Martha Karua excited supporters of the Kenya Kwanza coalition led by the deputy president Dr William Ruto. Martha Karua had visited his home town a day after being declared the second in command in waiting in order to celebrate the victory as well as popularise his boss Hon Raila Odinga to the mountain.

Despite a smooth and happy welcome at the beginning, the iron lady received a hostile ending after a group of young people booed her as they made UDA related chants. According to commentators on social media, that was a sign that Raila had been rejected in Mt Kenya and nobody was able to change that.

On Wednesday evening, the latter made a historic comeback when she headed to Meru accompanied by their son of the soil Hon Peter Munya. Without a single heckle, the two received a kingly reception as they pulled massive crowds. The endgame was a late night stop over where multitudes mobilized to listen to the first female deputy president in waiting. 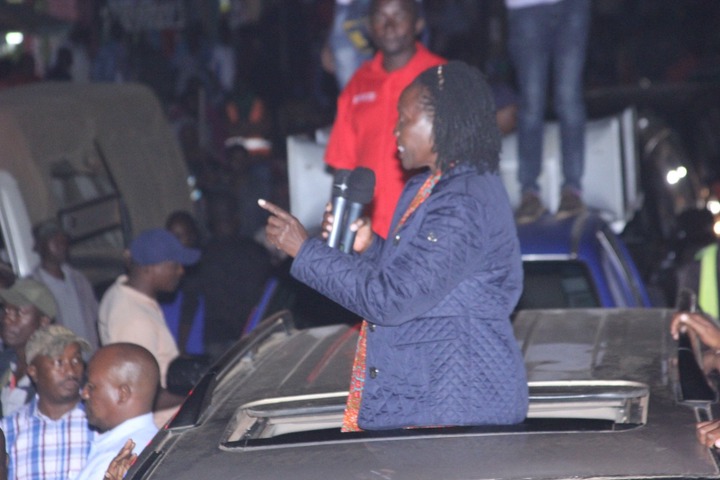 According to kenyans on twitter, the reception Martha received in Meru was a threat to the deputy president Dr William Ruto especially after he dropped their Tharaka Nithi neighbour Kindiki Kithure for Rigathi Gachagua during the running mate selection process.

"After 4 years of unending trips in Mt. Kenya gachagua cannot go to meru alone and pull this kind of crowd, they are just hiding behind Ruto in Meru country, this is Martha Karua after two days of being announced designated Dp Baba is now busy mending International Relations." One Madoka Kibet commented.

Another one PK Mutuku stated, "Even up to night Meru people came out to listen to the next deputy president. Wale wa udaku hope mmeona hii na ikawauma. Inauma but itabidi mzoee."

William Ruto Given A Shocker As Ahmednasir Abdullahi Makes A U-turn, Says This Ahead Of August Poll

JUST IN: President Uhuru Received in Lisbon After Quietly Jetting out of The Country